How underrated JDR Stars stole a march on rivals 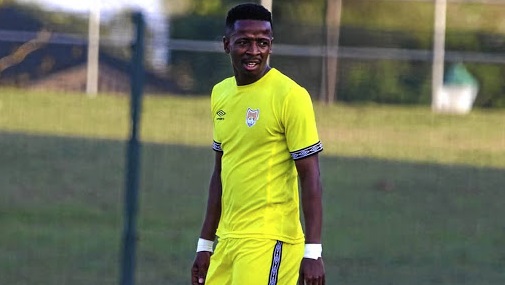 JDR Stars attacker Vusumuzi Mncube has attributed their impressive start to life in the second tier to being underestimated by other GladAfrica Championship teams.

Newbies JDR have started the season like a house on fire, having gained promotion from the ABC Motsepe League last season. The side based in Tshwane are unbeaten in the first five games, with three victories and two draws taking them top of the table.

"I think we've surprised many... no one gave us a chance as a new team in the league. Other teams underrated us and that has helped us a lot," Mncube, from Atteridgeville, Pretoria, said yesterday.

"When you are an underdog you always have no pressure. It's been like that with us as well. We are beating teams because they tell themselves before the game that's it's impossible to lose to a new team."

Seasoned campaigner Ayanda Gcaba may have spent the whole of last season in the wilderness, but the former Pirates defender is ready to get his ...
Sport
2 years ago

The 26-year-old has been one of the rookies' most influential players, contributing one goal and three assists.

"I am a versatile player because I can also lead the attack as a striker and play as a winger. My aim is to score 20 goals. I am positive that I will achieve that," he said.

Mncube joined JDR from Jomo Cosmos before the start of the term. The Orlando Pirates youth product was also once on the books of Chippa United.

The well-travelled forward is optimistic he'll return to the top flight with JDR.

"My dream is to play in elite league again; at Chippa I did not get that opportunity. With JDR top of the log, I think my dream is intact. I will work hard to get back to the PSL," Mncube said.

GladAfrica Championship fixtures (all at 3pm)

With the off-field drama of the Mpisanes, tomorrow's GladAfrica Championship match between Royal Eagles (now known as Royal AM) and Real Kings at ...
Sport
2 years ago

Jomo says Dobsonville Stadium is too expensive
Sport
2 years ago

Amid Royal Eagles' protracted squabble over the ownership of the club, Sowetan has learnt that some players have been shown the door.
Sport
2 years ago
Next Article