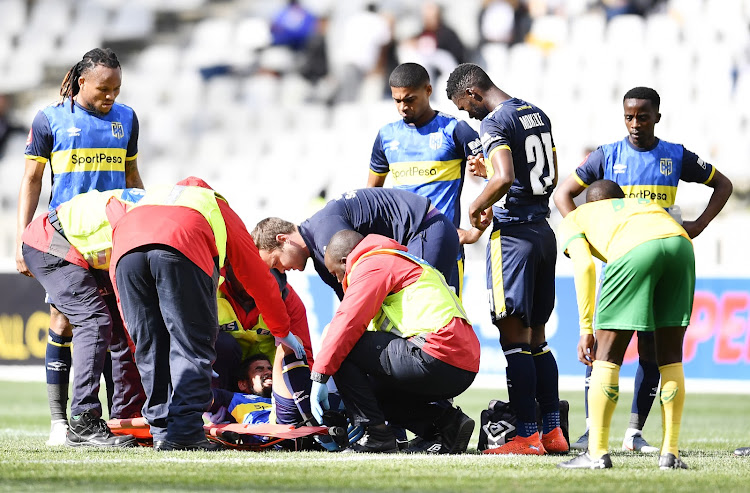 Abbubaker Mobara will not face former club Orlando Pirates this weekend after his ankle was put in a moonboot and ordered by doctors to take two months’ rest in a blow to Cape Town City’s plans.

City travel north to meet Pirates at the Orlando Stadium on Saturday with Mobara’s return to face his old teammates eagerly anticipated.

But the utility player‚ who Pirates released at the end of last season‚ was stretchered off on Sunday in the 1-1 draw with Lamontville Golden Arrows and has been diagnosed with a serious ankle injury.

Scans were done this week and the player is in a boot to protect the ankle.

The 25-year-old will return to the doctors next week after the swelling has subsided and City officials are hopeful that the length of his time out might turn out to be shorter than originally forecast.

It means that Roland Putsche‚ who has not played since February‚ will likely be brought back into the starting line-up earlier than planned to fill Mobara’s place in central midfield.

Meanwhile‚ another new City signing‚ striker Tashreeq Morris underwent knee surgery on Wednesday after hurting himself in training and is also out for a lengthy period.