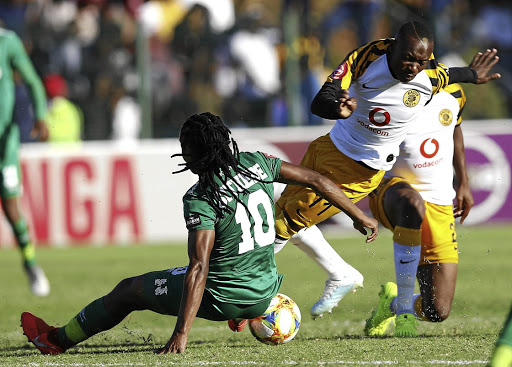 The humiliation of the Nedbank Cup final loss is the fuel that is driving the current form of Kaizer Chiefs, says coach Ernst Middendorp.

Amakhosi are having their best start in five seasons and are leading the league with 13 points after six games.

Just when it appeared as if Chiefs would bury their past woes, they suffered a shock loss to minnow TS Galaxy in the Nedbank Cup final.

"We have grown up. We have had too many childish moments in the past. A lot of our games we looked entertaining, but football is about the results at the end of the day," he said.

"The mixture at the moment - of players who have come in from outside, in terms of age and quality in different departments - shows the good character and attitude."

It's early days but Kaizer Chiefs attacking midfielder Kabelo Mahlasela is convinced that they are strong enough to win the league title under coach ...
Sport
2 years ago

On their current form, he added: "We have done a lot to repair something in the preseason after losing the cup final on the 18th of May."

Chiefs continued their good form with a 2-0 win against AmaZulu at the King Zwelithini Stadium on Tuesday.

Late goals from Leonardo Castro and Khama Billiat snatched the points from the struggling KZN side.

Itumeleng Khune made a triumphant return to the team after 10 months on the sidelines with injury.

Middendorp welcomed the return of the number one goalkeeper and praised Daniel Akpeyi for deputising in his absence.

"Daniel played fantastic five games so far. It was a bit tough for me, but that's how it has been since 2006, Khune is the captain," he said.

"It was about finding the right timing and the right way. We saw through the training sessions about how far he was before we put him in.

"I had a long chat with Daniel to explain to him, but he accepted it and showed a lot of respect."

Kaizer Chiefs returned to winning ways after beating AmaZulu 2-0 in a tense league match that was marked by some questionable officiating decisions ...
Sport
2 years ago

Isn't it time SA football clubs ask themselves serious questions about the foreign coaches coming through to the Premier Soccer League?
Opinion
2 years ago

Kaizer Chiefs coach Ernst Middendorp is pleased at the manner in which in-form Reeve Frosler currently appears to be making the club’s right-back ...
Sport
2 years ago
Next Article