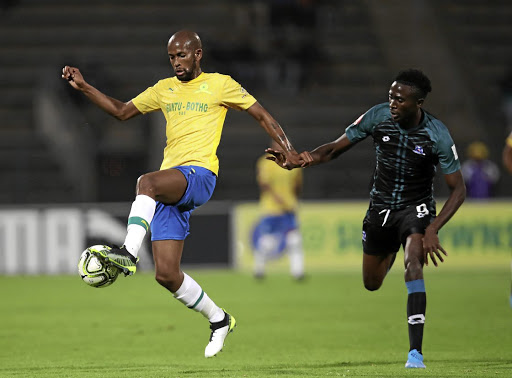 Bafana Bafana mentor Molefi Ntseki has picked his strongest team to face Mali in the Nelson Mandela Challenge next month, with one eye on the 2021 Africa Cup of Nations qualifiers.

Bafana's 23-man squad will face the Eagles at the Nelson Mandela Bay Stadium on October 13 (3pm).

Ntseki's team was picked with the back-to-back Afcon qualifiers against Ghana and Sudan in November in mind.

Among the Bafana regulars are players who have been performing well of late.

Erick Mathoho of Kaizer Chiefs appears to have regained his form after a long layoff due to an ankle injury, while fellow centreback Mosa Lebusa of Mamelodi Sundowns has been solid and Cape Town City's Thato Mokeke has starred in midfield for the Citizens despite the team's struggles early in the season.

"This is a very important match for us as it will determine our way forward in the sense of how we are going to play and approach matches," Ntseki told Safa.net.

The clash against Mali will be Ntseki's first match in charge since being appointed Bafana's full-time coach last month.

He had called up a squad to play Zambia in a friendly in August, but Chipolopolo pulled out, citing concerns over the xenophobic violence that had engulfed SA.

Madagascar, who came in as the replacement, also opted not to play Bafana for the same reason.

From Ntseki's squad last month, he's only made two changes with Lebusa and Themba Zwane coming in for their Sundowns teammates Rivaldo Coetzee and Lebohang Maboe, whose form has dipped.

"Mali will present us with a headache as they are tough opponents.

"First of all they are above us in the Fifa rankings and they did well at the Afcon recently in Egypt," added Ntseki.

Mali are ranked 11th in Africa with SA 13th.