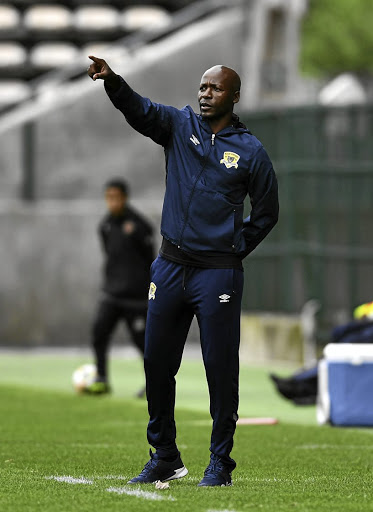 Could Black Leopards hand Morgan Shivambu the coaching job on a full-time basis?

No, there's no possibility of this happening, according to the Vhembe, Limpopo-based club's spokesperson Berry Ramunenyiwa.

Having served as one of the assistant coaches, Shivambu ascended to the hot seat as an interim coach following the sacking of French coach Lionel Soccoia last week.

"The board has decided to look for a new coach. The aim is to get a new coach and let Morgan remain the assistant coach as he is more experienced in that space,'' Ramunenyiwa said yesterday.

"We cannot set an exact date as to when we will announce the new coach, but he's coming very soon. We need someone who will stabilise the team and challenge for good results.''

Controversial former Polokwane City and Free State Stars mentor Luc Eymael is believed to be one of the coaches who are negotiating with Lidoda Duvha to succeed Soccoia.

"We've received a lot of CVs, the interest in this job is overwhelming. Local and international coaches have made themselves available. But we want to make sure that we hire the right man, so the board won't just rush into things,'' said Ramunenyiwa, without denying or confirming Eymael's name.

In the wake of their Saturday's come-from-behind 2-2 draw away to Stellenbosch, his first match as interim coach, Shivambu, 37, wasn't keen to comment on whether he is up for the challenge of taking the job on a full-time basis.

"I cannot speak about other things [referring to the coaching job], but the boys responded well. It's not like I am starting everything afresh, I am continuing where he [Soccoia] left off,'' said Shivambu.

It remains to be seen if Leopards would have appointed a new coach come their next fixture, at home to Bloemfontein Celtic on Sunday.