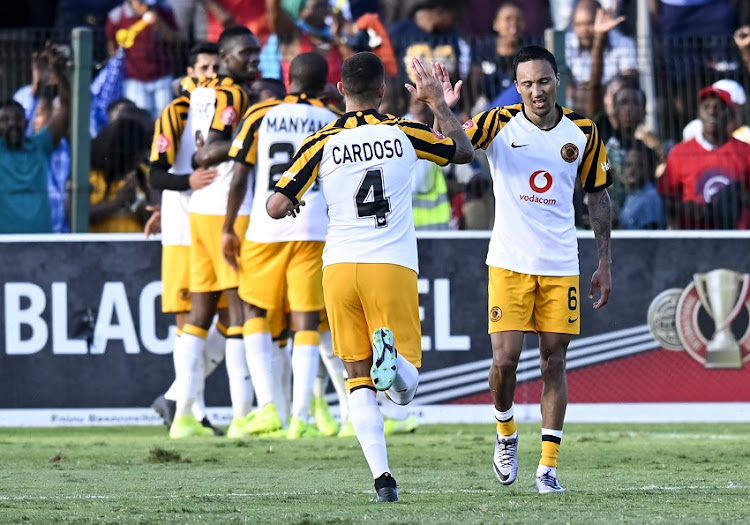 Kaizer Chiefs returned to winning ways after beating AmaZulu 2-0 in a tense league match that was marked by some questionable officiating decisions at King Zwelithini Stadium on Tuesday afternoon.

Second half goals from Leonardo Castro and Khama Billiat were enough to give coach Ernst Middendorp's charges the all-important victory just days after the visitors' first defeat of the season against Polokwane City at FNB Stadium last week.

The win continued Chiefs' dominance over AmaZulu but the match officials ensured that they would remain central in the discussions about the game for the rest of the week after the Durban side had two goals disallowed. Chiefs also had reason to feel aggrieved after Lebo Manyama's effort was turned down by the officials.

Chiefs started the match the brighter of the two sides and should have gone ahead as early as the fifth minute but Manyama's attempt went over the bar after a delicious pass from the fast-improving Reeve Frosler.

Play was stopped in the 24th minute after a collision of heads between Samir Nurkovic and Tsepo Gumede as the two players received treatment.

Chiefs were later forced to introduce Castro after Serb Samir Nurković suffered a head injury just before the half time break.

AmaZulu certainly asked questions of their own and the combination of Ovidy Karuru and Siyethemba Sithebe upfront continued to threaten the visitors' rearguard‚ forcing goalkeeper Itumeleng Khune to make the save and concede a corner in the 37th minute.

The home side began to enjoy more and more of the ball after play resumed in the second half but it was Chiefs who looked the more dangerous of the two sides whenever given the chance to counter with the likes of George Maluleka‚ Bernard Parker and Khama Billiat notable in transition from defence to attack.

AmaZulu notably settled as the second period progressed and looked particularly dangerous through the overlapping runs of Siyethemba Sithebe.

Usuthu continued to probe and made an attacking substitution when Talent Chawapihwa replaced Sphesihle Maduna in the 64th minute.

Chiefs did all the attacking but could not find a way past standout performer Siyabonga Mbatha‚ who made a number of telling saves in the AmaZulu goal.

Khune gave a good account of himself in the Chiefs goal after returning to the starting 11 for the first since December last year following along-term injury.

New AmaZulu coach Jozef Vukusic will have his work cut out for him as his employers remain rooted to the bottom of the log with no win after six matches played in the league this season.