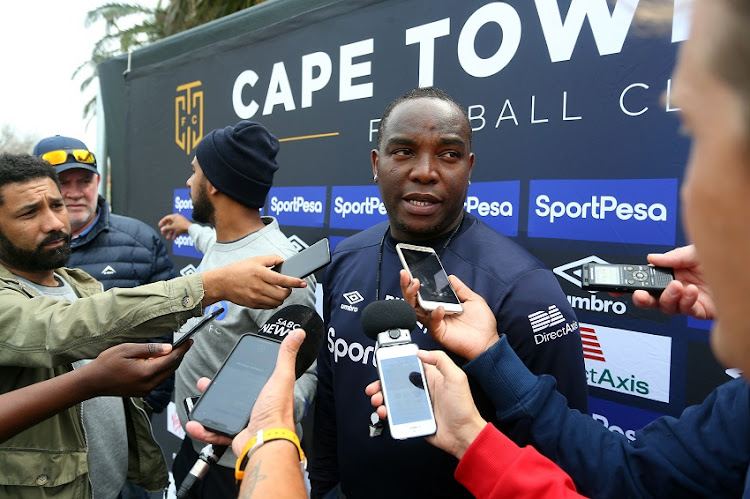 Benni McCarthy says there is an element missing in Cape Town City’s approach and is tempted to cut back on the expansive play of the team‚ and go back to trying to grind out wins in an effort to get back on the victory trail.

City were one of the outsiders tipped for success in the new Premier Soccer League season but with just one win in seven matches‚ including early elimination in defence of their MTN8 title‚ their campaign has not exactly got off to a flying start.

“Something is missing there and I’m yet to put my finger on it but I think we are throwing points away like there’s no tomorrow‚” McCarthy said after his side gave away a late penalty and ended up drawing with 1-1 at Lamontville Golden Arrows on Sunday.

“We look like a team that can pick up three points in most games but we are not grabbing our chances. We are ruthless (but) we are not there yet. It’s disappointing.”

McCarthy said he would have to go back and look at games where things were going right for the club and try and find the formula again.

“We’ve added far better players to our squad than we had before but things are going pear shaped.

“Maybe I must go back to grinding out wins‚ getting dirty the old fashioned way.

“In this bubble that we are in‚ we are too set on playing beautiful football … nice passes etc.

“But if you don’t get results‚ beautiful football ain’t going to keep you in a job. Four heads have rolled already.

"I could be next‚ because I bought into this beautiful football stuff and forgot what I installed in the team that made us what we were and who we were.

“Now that mentality is going out the window. We want to do it the Man City way‚ Barca way. But it ain’t working.”