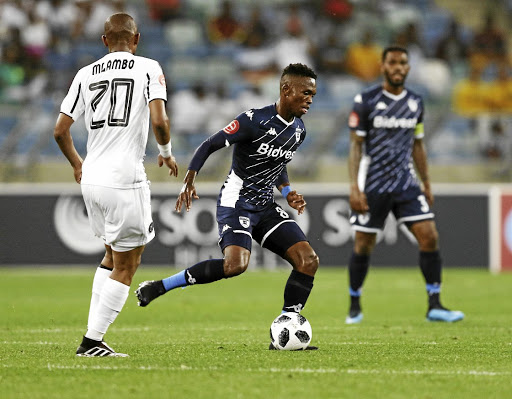 Bidvest Wits coach Gavin Hunt seems to understand what could be the real reason his industrious midfielder Thabang Monare hasn't yet cracked it at Bafana Bafana.

While many feel Monare has all the qualities to get the nod from Bafana selectors, Hunt has different ideas.

"He needs to be more consistent, scoring goals from the midfield. When I played in the 80s, Ace Khuse scored 15 goals [a season], Ernest Chirwali scored 10, 15 goals from central midfield," said Hunt.

"The assists they are making, that's how you judge a player. They can play all day sidewards, backwards beautifully, but if they're not scoring and not assisting, it doesn't matter." Monare was Wits' livewire in their fascinating 4-3 victory over Orlando Pirates at Moses Mabhida Stadium on Saturday. The lad from Embalenhle, Mpumalanga, was voted man of the match.

"He [Monare] knows I am on his back everyday, [telling him that] you have to get closer to the box. If he does that, the team is going to be successful and it'll get us a little bit of more cups as well."

Monare also had his say: "SA is blessed with a lot of good midfielders and we also have to consider that coaches have different styles of play. We have to respect that."