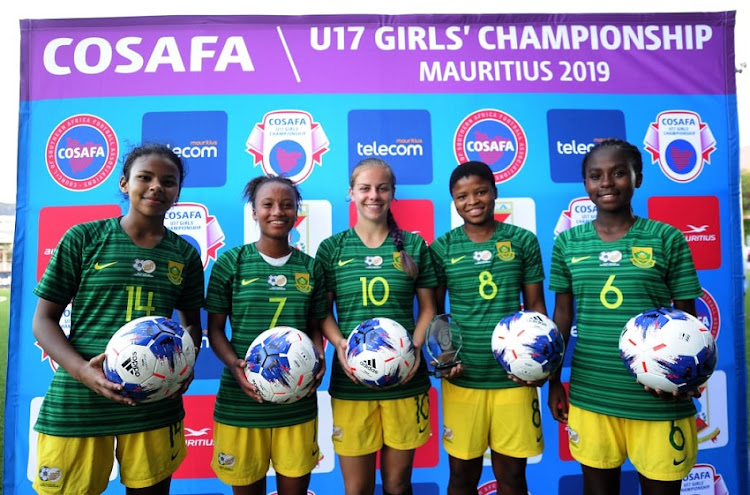 South Africa’s under-17 women’s team set a host of new records on Saturday as they walloped the Seychelles 28-0 in the Cosafa championship in Mauritius including two double hattricks.

It was a rampant performance at the St. François Xavier Stadium Stadium on the second day of the eight-team tournament with Simphiwe Dludlu’s team 15-0 up at half-time‚ which included six goals from Oyisa Marhasi ‚ who was then promptly taken off.

Captain Jessica Wade was the first to get a hattrick‚ doing so inside the opening 18 minutes and Nabeelah Grant matched her – scoring on the stroke of half-time‚ another a minute into the second half and completing her hattrick in the 74th minute.

Tiffany Kortjie netted within two minutes of coming on in the 47th minute and went on to score six in the space of 30 minutes at an average of one goal every minutes.

The previous record for a South African team was the 17-0 win for Banyana Banyana over Comoros in the Cosafa Women’s Championship in Port Elizabeth on July 31.

That is also a world record for a competitive women’s international.

The previous record score for a match involving a South African team was the 24-0 win for Mamelodi Sundowns over Kimberley amateur club Powerlines in the Nedbank Cup in 2012.

The record score in any international is a 31-0 victory for Australia over American Samoa in World Cup qualification in 2001‚ including 13 goals by Archie Thompson.