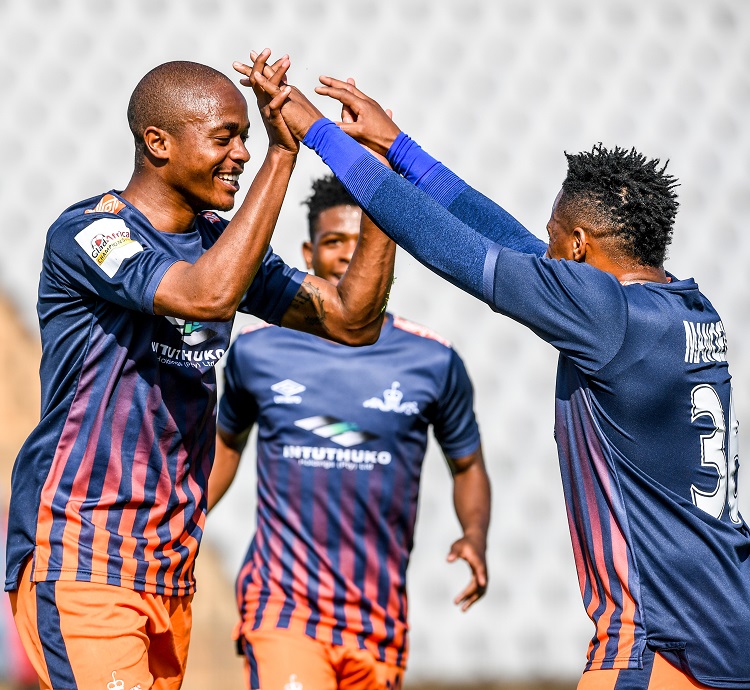 With the off-field drama of the Mpisanes, tomorrow's GladAfrica Championship match between Royal Eagles (now known as Royal AM) and Real Kings at Chatsworth Stadium promises to be a heated affair.

Before their petulant divorce, Shauwn and S'bu Mpisane co-owned Eagles as a couple. However, the club was registered on the latter's name, hence it remained with him after the bitter separation.

In a new turn of events, it looks like Shauwn has now bought the majority of Kings' shares, having earlier unsuccessfully tried to purchase another second tier outfit, Uthongathi.

Shauwn's involvement in the running of Kings was laid bare when she attended the club's 2-1 win over Jomo Cosmos at Dobsonville Stadium last week, dressed in the Magic Boys' orange colours.

Imagine going to bed as a Real Madrid supporter and waking up as a Real Sociedad fan.
News
2 years ago

When S'bu took full control of Eagles, players who were signed by Shauwn were dismissed alongside coach Joel Masutha, who's now mentoring Kings and reunited with some of the players fired by S'bu.

Interestingly, the former couple's flamboyant 18-year-old son Andile was by his mother's side at Dobsonville Stadium.

This is despite the fact that Eagles is now named after him as AM - an abbreviation for Andile Mpisane.

It's clear that there's no love lost between the Mpisanes and it also goes without saying that tomorrow's match is bout more than just three points, but pride and bragging rights are also at stake.

GladAfrica Championship fixtures (all at 3pm)