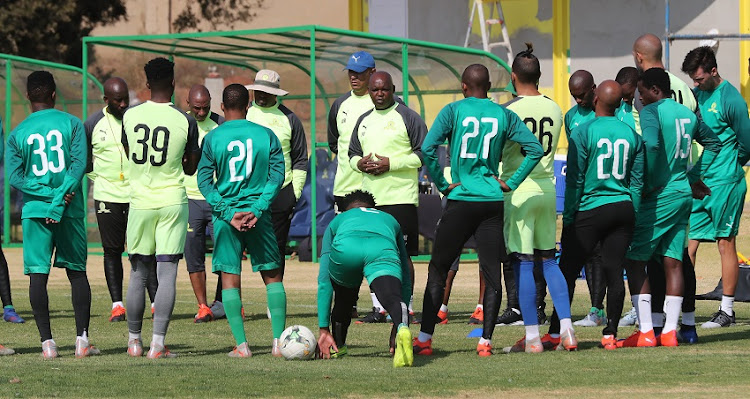 Mamelodi Sundowns coach Pitso Mosimane has said that new Spanish director of academy and scouting José Ramón Alexanko will have to prove himself as a foreign import to the club.

Mosimane welcomed the arrival of the Barcelona legend‚ who in 13 years as a centreback from 1980 to 1993 amassed 274 games for the Catalan club‚ winning the 1992 European Cup and four La Liga titles.

Alexanko (63) was Barcelona senior team assistant-coach from 2000 to 2002 and youth system coordinator from 2005‚ becoming Valencia’s director of football in 2017.

Mosimane – the 2016 Caf Champions League-winner and four-time Absa Premiership champion at Sundowns – was asked to what extent‚ if any‚ Alexanko will have involvement in the first team at the Brazilians.

“Sundowns issued a statement on the role of Jose. It has nothing to do with me‚” the coach said.

“This is a club – I am a small part of the club. And I get the salary from the club. I must abide.

“And if I don’t like it why am I at Sundowns? I’m a coach‚ I’m being paid at Sundowns to do duties.

“And the bigger part of the vision of the team is not made by me. It’s made by the board and the president [Patrice Motsepe]. And we need to respect that.

“Sundowns have issued a statement that Alexanko is head of technical for the academy and scouting.

“And I don’t think there is anything wrong for me to learn from the guy who played for Barcelona. I mean‚ I have never even played for anybody in that space.

“The guy who was heading the programme when Pep [Guardiola] was a youth coach at Barca. He worked with Johan Cruyff.

“Those are the guys who we can talk about regarding the La Masia [Barcelona’s academy]. He was part of that and probably was heading that. I’m not really deep into that.

“But for me‚ you cannot be from Barcelona and you know nothing. So our youth are going to learn and to improve.

“He’s an import – he must make a difference. Of course he’s under pressure to show us‚ what’s that – tiki-taka or something like that?

“And why can I not lean on this guy and whisper a little bit‚ ‘How can I play the way Barcelona play?’ We coaches envy‚ and say‚ ‘Ah‚ I want to play like Barca’. [But] do you have the players?

“So it’s good to have experience‚ brains and whatever he brings to the team. And he’s welcome.

“And when I don’t have these three games in seven days I will try and spend time with him. But it’s a programme the way it is. I will lose my job‚ also‚ if I spend time there.

“So‚ it’s the way it is. Ja‚ why not? Good acquisition for the club. Good name‚ good brand. And I think you [the media] also will be excited to say‚ ‘OK‚ let’s see the difference in Sundowns’ youth teams’.

Sundowns meet SuperSport United in Wednesday night’s second leg of their MTN8 semifinal at Lucas Moripe Stadium‚ with the tie deadlocked at 1-1.