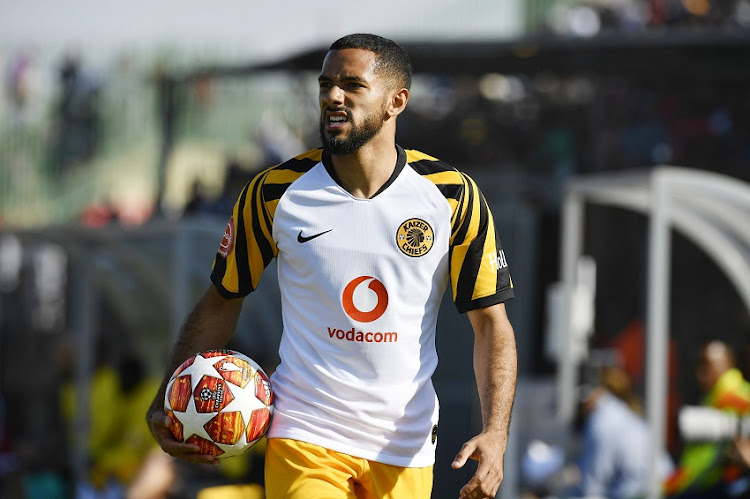 Kaizer Chiefs coach Ernst Middendorp is pleased at the manner in which in-form Reeve Frosler currently appears to be making the club’s right-back position his own.

Frosler – still just 21‚ and who has already played at a Fifa Under-17 and an Under-20 World Cup – made little impact at Chiefs in the second half of last season signing from Bidvest Wits in January.

The junior international had been sidelined at Wits by coach Gavin Hunt moving Bafana Bafana captain Thulani Hlatshwayo from centreback back to right-back‚ and arrived at Amakhosi rusty from lack of game time.

With a solid preseason at Naturena now behind him‚ Frosler has begun 2019-20 in form with dynamic performances that have kept Bafana right-back Ramahlwe Mphahlele on the bench.

Middendorp stressed that while he has a few players looking rejuvenated at the start of the season‚ there is a long way to go for Chiefs to be in consistent form that could be called full flow.

“The good stuff is that I’m quite … I face the facts – I’m realistic‚” the coach said.

“Last week I had a very comfortable talk [with the players].

"I said‚ ‘Let’s not believe that starting the season with a lot of different dynamics and ideas‚ and just because we played four good games and are now out of ICU‚ which was the word used by the chairman [Kaizer Motaung] … [that everything is OK]’.

“Meaning that I know players – Lebogang Manyama‚ Reeve‚ Eric Mathoho – who have had a good 45 minutes here and 60 minutes there‚ never had the same in one game for a complete 90 minutes.

“I also know that the new players are getting known by the opponents. So for me it’s not a situation‚ and I was not getting carried away‚ just because you have a certain position [on the log] after four games.

“I’m very happy with the development of Reeve Frosler‚ coming out of eight‚ nine months where he was sitting on the side.

“But‚ OK‚ he is a national [Under-23] team player – he has to go there‚ he comes back‚ and he’s been in another environment. It’s normal that there will be a certain up and down.

“And normally when you build a different dynamic with a team‚ with players coming back [from injury]‚ and new players coming in‚ and with a new idea of higher pressing‚ I think actually [even on Saturday in Chiefs' defeat against Polokwane City] you saw this discipline.

“And if you get a goal from one of the earlier opportunities that we had‚ then you will not just get the one goal.

“We have to be realistic. It’s a long journey‚ a long process – the season has just started. And now we start fresh and prepare for the next game.”

Chiefs suffered their first Absa Premiership defeat in their fifth match‚ 1-0 against City at FNB Stadium on Saturday.

They meet AmaZulu next‚ at King Zwelithini Stadium next Tuesday (September 27).