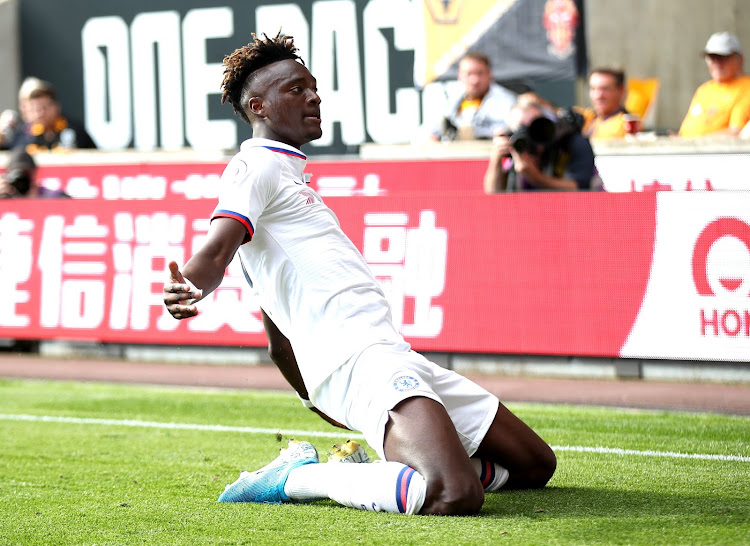 Chelsea striker Tammy Abraham scored a superb hat-trick as they beat Wolverhampton Wanderers 5-2 in their Premier League clash on Saturday, spoiling the home side's celebration of the 130th anniversary of their Molineux Stadium.

Abraham struck in the 34th, 41st and 55th minutes before being credited with an own goal and then limping off.

The game burst into life just past the half-hour mark when Chelsea defender Fikayo Tomori's dipping drive from outside the box wrong-footed Wolves goalkeeper Rui Patricio and flew into the net to give the visitors the lead.

Abraham struck his first goal three minutes later, making the most of the advantage granted by referee Graham Scott to take a touch and swivel before firing home, and he headed a second before halftime to send his side into the break 3-0 up.

The Chelsea academy product, who has spent spells on loan at Bristol City, Swansea City and Aston Villa, completed his hat-trick 11 minutes into the second half before being replaced by Michy Batshuayi after 77 minutes.

Wolves pulled a goal back in the 69th when Romain Saiss's header went in off Abraham for an own goal and striker Patrick Cutrone bundled home another in the 85th, five minutes before Mason Mount fired home Chelsea's fifth to complete the rout.

With seven goals in five games, the 21-year-old Abraham is now the Premier League's top scorer, one ahead of Manchester City's Sergio Aguero.

"I hope this is my season. I have to keep working hard in every training session, every game. Every game I want to prove myself to the gaffer," he said.

Wolves coach Nune Espirito Santo was deeply disappointed by his side's performance, which featured plenty of slick passing but very little in the way of defensive stability.

“That was a bad, bad performance. We started the game well but the mistakes we made, we cannot go and repeat them. We know they cannot happen again," he said.

"It was defensive errors, the game changed with the goal. We lost concentration. I am dissatisfied. There is no point being angry at them, but I need them to get better."

Chelsea, who host Liverpool next week, are up to sixth on eight points while Wolves, who visit Crystal Palace looking for their first win of the season, are 19th on three points.