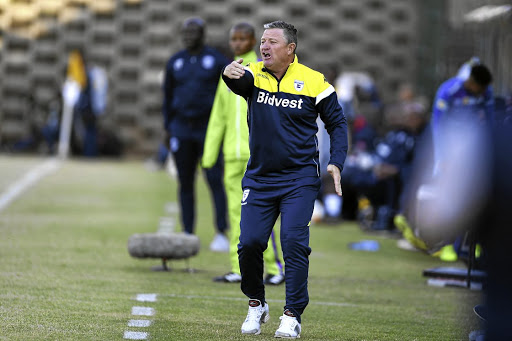 Frankly, you could put your head on the block and predict that Bidvest Wits would be eliminated in the early stages of the CAF Confederation Cup.

The Clever Boys face off against eSwatini side Young Buffaloes in the first leg of the first round at Mavuso Sports grounds in Manzini tomorrow (3.30pm). Wits are even travelling by bus today.

In African club competitions, Wits have not put in a 100% commitment in recent years. While SA teams have been encouraged to help fly the country's flag on the continent like 2016 Champions League winners Mamelodi Sundowns, Wits have continuously fielded a second-string team, which in a way is an indication that they would rather not participate, probably to channel their energies in domestic competitions.

Sundowns may beef up security

Mamelodi Sundowns will consider whether to hire extra security for the team when they travel in the CAF Champions League.
Sport
2 years ago

It also seems that some teams believe that African club competitions don't have the desired financial rewards and teams make a loss, unless they go further in the respective competitions.

Wits' former chief executive Jose Ferreira said before he left the club recently that the Confederation Cup is not a priority for them.

Wits have even faltered in the Champions League. Last year, they were knocked out in the first round of the competition by Angolan champions Primeiro de Agosto.

The team that seems excited about playing in Africa is GladAfrica Championship side TS Galaxy, who are meeting CNaPS Sport of Madagascar at Mbombela Stadium on Sunday in their first round, first leg tie (3pm).

Enyimba progressed on the away goal

Delighted with a four-match unbeaten run that has yielded 10 points out of 12‚ Bidvest Wits coach Gavin Hunt‚ however‚ has still blamed their poor ...
Sport
3 years ago

Sifiso Hlanti back in training for Wits after Bafana injury

Sifiso Hlanti might get a run out in Eswatini this weekend for his first action since injuring his knee on national team duty at the Africa Cup of ...
Sport
2 years ago

A 10-man Bidvest Wits sealed their possible third placed finish and participation in CAF’s Confederation Cup next season when they defeated Baroka FC ...
Sport
3 years ago
Next Article