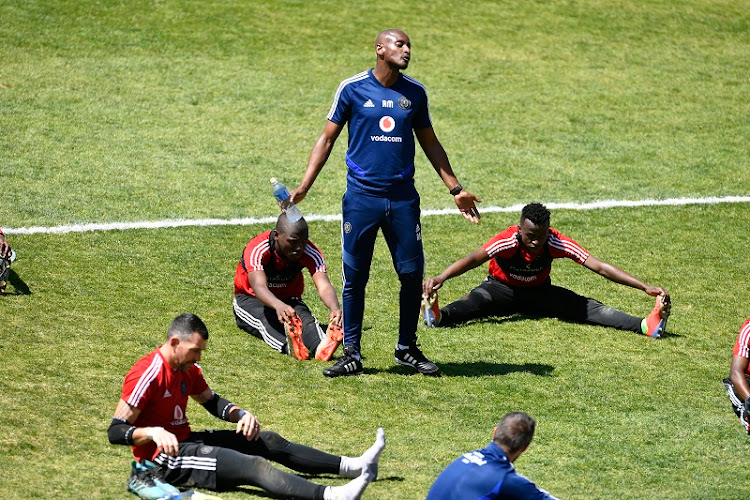 The two-week Fifa break has given Rulani Mokwena some much needed reprieve and has lifted some of the pressure that weighed heavy on the shoulders of the young tactician at Orlando Pirates.

The past month has been a whirlwind for the 34-year-old coach after being placed in a sink or swim situation at the club when Milutin "Micho" Sredojevic left.

Pressure has been mounting as the team remains winless under Mokwena and have been dumped out of the MTN8 and CAF Champions League in the process.

The sudden ascendancy to the stand-in coach position has made him make some changes including dumping Twitter and going on a spiritual journey.

"It's for my own sanity and peace," he said yesterday about deleting his social media account.

"I am more experienced now than I was a month ago. I am stronger, wiser and it doesn't end here.

"Coming from a religious background I ask myself in certain situations 'what would Jesus do'.

"And the reality is that he would find silence and would leave his disciples to go to the mountain.

"So, I try to block out the noise and focus on the task at hand. Not necessarily about criticism, we will win games and still be criticised."

Having been a Pirates supporter since birth, Mokwena also added that he was not obsessed about getting the job on a permanent basis.

"I said to the players the last time that I am prepared to be thrown into the fire if it means that's what's best for the club.

"I am Orlando Pirates until the club says so. I say it because I mean it. I grew up at this club and feel the pain and ecstasy."

The time off could prove to have been what the doctor ordered ahead Chippa United league fixture on Saturday.

Orlando Pirates caretaker coach Rulani Mokwena has decided to quit Twitter for the sake of his sanity and peace.
Sport
2 years ago

All big teams go through a downward cycle at some stage in a season‚ and Orlando Pirates are fortunate that theirs has come early in 2019-20 when ...
Sport
2 years ago
Next Article