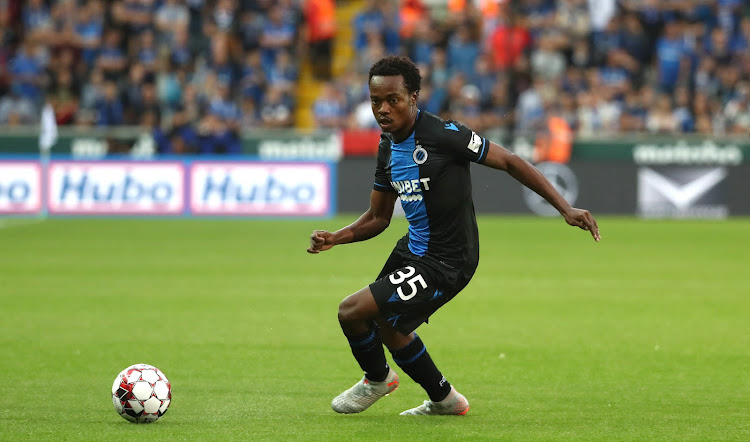 Percy Tau has been “exceptional” since his move to Europe‚ and particularly to the Belgian top-flight‚ fellow Bafana Bafana international Lebogang Phiri has said.

Tau has had a dream start since transferring to Jupiler Pro League team Club Brugge on loan‚ where his two goals and an assist have already seen the Bafana forward nominated for the club’s Player of the Month award for August.

This continues the 26-year-old forward’s trajectory since being signed by English Premier League team Brighton & Hove Albion from Mamelodi Sundowns in July 2018.

Work permit issues have seen Tau loaned out‚ and in his first season in Europe he won the Belgian second division’s Player of the Season award starring for Royal Union St-Gilloise.

Phiri‚ the 24-year-old French-based central midfielder for Guingamp who is now an old hand at playing in Europe having signed for Sweden’s Brondby IF at 18‚ has been impressed with the heroics of his Bafana teammate in neighbouring Belgium.

“I mean‚ he’s so small. But he’s doing things that are very‚ very big.

“It’s a great honour as well to have a player doing very well at that level‚ and so consistently as well. And being a player who’s new‚ as well‚ in the world of European football. And he’s giving us [South African players] a good name as well.”

Phiri played two seasons for Guingamp in Ligue 1‚ earning good reviews‚ but last season could not help save the club from relegation and is turning out in Ligue 2 in 2019-20.