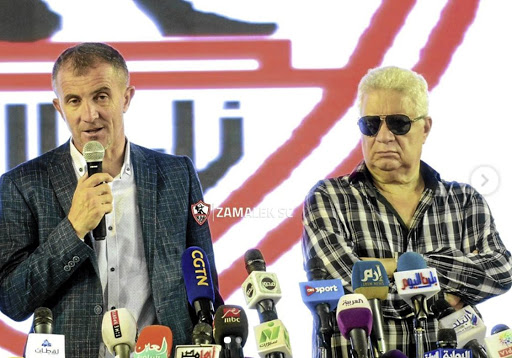 Sredojevic has had tremendous success on the continent since his first arrival as a budding coach in 2001.

Since then he has won five championships in Uganda, eight in Ethiopia and one title each in Tanzania, Sudan and now Egypt, which adds up to 16. With it having taken him only four games to win a trophy, the Serbian is not getting carried away.

"I live under the philosophy that when it's good do not fly, and when it's bad never give up," Sredojevic told Sowetan.

New Zamalek coach Milutin 'Micho' Sredojevic sent the twitterverse into a frenzy after posting a cryptic tweet that seemed to suggest that he was ...
Sport
2 years ago

"The pressure here is relentless to win every game and the challenge is enormous like in any big club. But that pressure is the fuel that drives me."

Ironically, it has taken Micho three weeks to do what he was unable to achieve at Orlando Pirates in almost three years.

The 50-year-old is now even more motivated to achieve success with the Egyptian giants.

"My journey in African football has been like an unbelievable Hollywood film over seven countries where I have worked, 43 that I have visited to give myself selflessly and get back pass of appreciation that will keep me in African football for the rest of my life."

Micho will know that the biggest prize that Zamalek are eyeing is the CAF Champions League. The team will travel to Senegal to take on Generation Foot in the first leg of the second preliminary round on Saturday.

The 16 trophies Micho has won:

It has taken Milutin "Micho" Sredojevic less than a month to achieve at new club Zamalek what he failed to do in just over two seasons at Orlando ...
Sport
2 years ago

Milutin Sredojevic will have a chance to win a trophy within a month of his arrival at Zamalek when they play the Egyptian FA Cup final in Alexandria ...
Sport
2 years ago

Former Orlando Pirates coach Milutin Sredojevic has not ruled out the possibility of returning to coach in SA.
Sport
2 years ago
Next Article