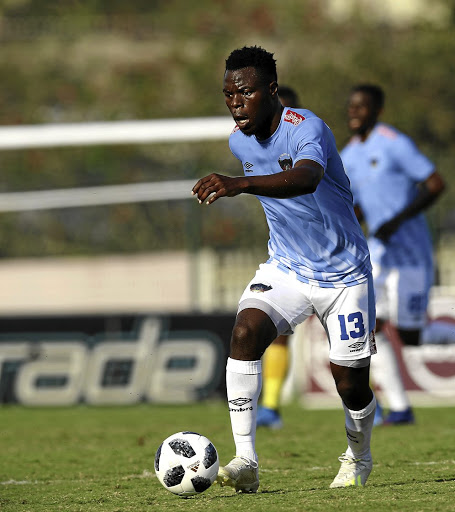 On-loan Chippa United midfielder Meshack Maphangule has confirmed a perception that some supporters have always had about Orlando Pirates.

During the past three seasons, there has been a belief that there were tactical disagreements in the Bucs technical team.

The impression was that former head coach Milutin "Micho" Sredojevic differed with his assistants Rulani Mokwena and Fadlu Davids.

Maphangule admits that on a few occasions the players would get confused by the getting different instructions.

"To be honest, there were times when during games when one coach would say 'attack' and maybe the other is saying 'stay behind'," Maphangule told Sowetan.

"It became worse when it became three coaches [when Davids arrived]. Coaches are different and everyone will have their opinion of certain things."

Maphangule, though, insists that it was all tactical debate and was healthy and never spilled over to cause disharmony among the coaches.

"What was nice about the way the coaches worked was that they held a meeting every day and each one would present why they felt a certain way," he said.

"So they would each justify why they wanted a particular tactical approach. Somehow they made it work because for two seasons the team finished second in the league and almost won a cup [Telkom Knockout]."

Maphangule is on loan at the PE club after limited game-time in the previous campaign. During his single season with the Buccaneers, he only made four appearances in all competition.

Lamontville Golden Arrows coach Steve Komphela says it would be “catastrophic” if Orlando Pirates’ young caretaker-coach Rulani Mokwena were to have ...
Sport
2 years ago

The 28-year-old will face his parent-club when the Chilli-boys face Pirates at the Orlando Stadium on Saturday (3pm).

Mokwena, the interim coach, is looking for his first win in four games since the sudden departure of Sredojevic last month.

Sredojevic shocked the local football fraternity and his own team by resigning to join Egyptian giants Zamalek.

"Everyone I speak with tell that the resignation came as a shock. Obviously it has affected them ... it was so unexpected."

New Zamalek coach Milutin 'Micho' Sredojevic sent the twitterverse into a frenzy after posting a cryptic tweet that seemed to suggest that he was ...
Sport
2 years ago

Mamelodi Sundowns showed the effects of a weekend trip to the Congo as they conceded in the last minute of the cold of Port Elizabeth on Wednesday ...
Sport
2 years ago

Mamelodi Sundowns boss Pitso Mosimane said he had to accept responsibility for his club dropping points in the Absa Premiership on Wednesday in an ...
Sport
2 years ago
Next Article