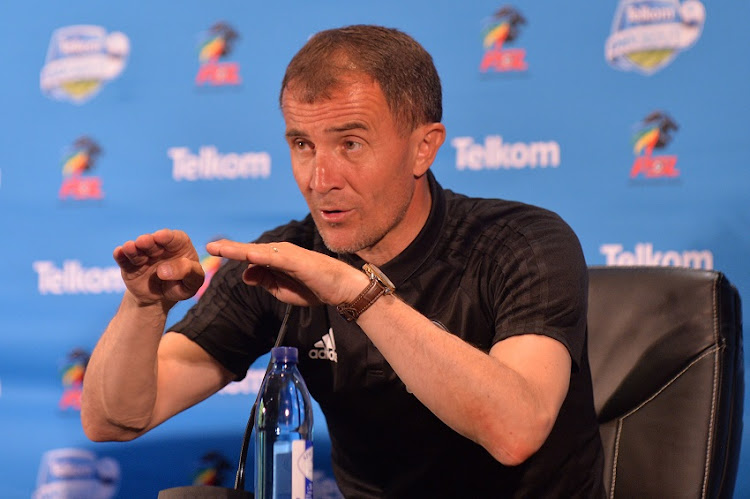 New Zamalek coach Milutin 'Micho' Sredojevic sent the twitterverse into a frenzy after posting a cryptic tweet that seemed to suggest that he was throwing shade at former employers Orlando Pirates.

Sredojevic won his first trophy with the Egyptian giants on Sunday night and it's taken him less than a month to win a trophy in north Africa after failing to lead Pirates to the winners' podium in over two seasons at the Bucs.

Micho took to Twitter to share his excitement with his followers after winning the Egypt Cup but his post sparked much debate‚ banter and musings from fans who speculated that the tweet was intended as a dig at Pirates.

"Working in African football since 2001 this is my 16 major trophy in 5 different countries. It has special value & specific weight as it comes after some clouds of doubts elsewhere‚ Zamalek is existing 108 years&since 1922 (97years) this is 1st cup won without goal conceded‚" he said.

The responses on Twitter were swift and brutal as some incensed Pirates fans came for the former Bucs coach.

Opposition supporters‚ on the other hand‚ took great delight in Sredojevic's tweet and had a grand old time poking fun at their rivals.

Congratulations and please just enjoy your win. There is no need for you to make veiled reference to @orlandopirates.

Yes coach say it with your chest, they doubted your ability and even drafted Rhulani into head coach duties while you were at the helm. Victory is sweet.