Friends, colleagues back Molefi Ntseki to succeed at the top 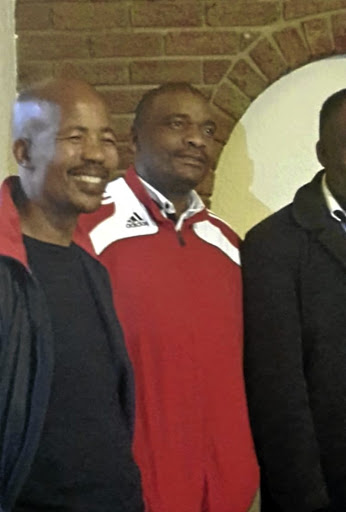 Those who know him describe Molefi Ntseki as a genuinely humble person with good emotional intelligence.

Ntseki, a former teacher, has taken on arguably the most difficult job in South African football after being appointed Bafana Bafana coach.

The public may not know much about the Excelsior-born Ntseki, the person, but his close friends and colleagues say the soft-spoken mentor's calm demeanour is not an act.

"He has a very easy-going personality and can hold a conversation on any topic," said his friend Thabo Mojanaga, who is a principal at Letsete Secondary in Thabong, Welkom.

Mojanaga worked with Ntseki in the 1990s at Lebogang High School, also in Thabong, where the latter taught Sesotho and Afrikaans.

He adds that outside of football, Ntseki is a dedicated family man to his wife Makhotso and their three sons.

"Molefi is passionate about his job but whenever he gets a chance he goes home to Bloemfontein to spend time with his wife and three boys," Mojanaga said. A few years after leaving teaching and focusing on coaching, Ntseki formed Harmony Sports Academy with Chris Coetzee and Jan Oberholzer in 2003.

"Molefi is a highly motivated individual who tries to achieve success under all circumstances. When we formed Harmony together it was inspired by the work we did together at Welkom Stars," Coetzee said.

"He has a tremendous work ethic. He can work hours and hours. He is very approachable, with good values and principles."

Clinton Larsen, who Ntseki assisted at Bloemfontein Celtic in 2010, praised his former partner for his meticulousness.

"Molefi was more than just an assistant. He is a very intelligent man and knows the game well. He is very respectful towards the players and has a calm influence," Larsen said.

"He will develop a good rapport with the players. He is a player's coach and I think that is the kind of mentor our players need at this point."

Many are concerned that Ntseki's lack of experience at the highest level could be a disadvantage. However, Mojanaga believes his experience working with young people will stand him in good stead.

"I have full confidence that he will do well because of his background as a teacher. Remember as a teacher you have to deal with different types of personalities and I believe he will do the same with the players at Bafana," Mojanaga said.

The 50-year-old Bafana coach could be what the doctor ordered for the national team.