'Cesc told me to persevere' 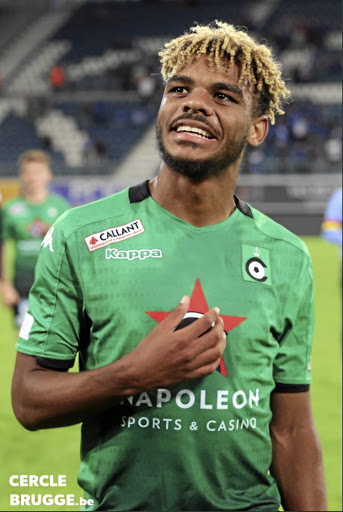 Budding SA marksman Lyle Foster has opened up about his spell in Europe, where he's rubbed shoulders and shared a dressing room with superstars such as Cesc Fabregas and Radamel Falcao at French top-flight club Monaco.

Foster is currently on international duty with the SA
Under-23 side.

The ex-Orlando Pirates striker is likely to spearhead SA's attack in the first leg of the final round of the U-23 Africa Cup of Nations qualifiers against Zimbabwe at Orlando Stadium tonight (7pm).

The lad from Noordgesig, near Soweto, recently completed his loan switch from Monaco to Belgian pro-league outfit Cercle Brugge. Foster has since shared his experience of playing alongside the likes of Fabregas and Falcao.

"Falcao [who has just left Monaco for Turkish side Galatasaray] is a beast.

"Learning from him and working with him is something great. That guy never rests, he trains twice a day, always busy working on his finishing,'' Foster disclosed.

"I remember in the 2010 Fifa World Cup [on home soil], I watched the final with Spain winning [against Holland] and Cesc giving an assist [to Iniesta] in the final; I did not think that nine years later, I'd be in the starting XI with Cesc, so it's just crazy how life moves so far,'' he said.

Teenager Lyle Foster got to start in the French league on Friday night for the first time but his debut for Monaco lasted only one half.
Sport
2 years ago

"Cesc just told me to always keep on pushing, always keep on persevering. He said at times you get frustrated to be alone [in a foreign country] as he's been through that as well, but the most important thing is to trust your talent . know why you are there, he is a great guy,'' Foster said.

"I am just honoured and privileged to work with people of that stature; hopefully I can get more opportunities like that.''

The ambitious Foster is optimistic he'll impress during his loan spell in Belgium, aiming to return to Monaco at the end of the season. He played the last 24 minutes in his Brugge debut against Gent last week.

"I have been there [at Brugge] a few days, obviously I am on international break now, so I want to focus on that, but when I do go back I really want to make an impact and play top-flight football on a regular basis,'' stated Foster.

"My ambition in Belgium this season is to score 10 to 15 goals. I believe that would make it easier for me to return to my club next season, hopefully I can make an impact.''

There are numerous factors that contributed to Amajita's failure to qualify for the knockout phase of the ongoing Under-20 World Cup in Poland. Sihle ...
Sport
2 years ago
Next Article