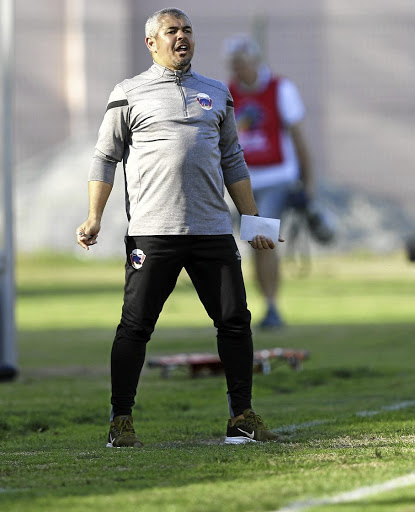 Chippa United coach Clinton Larsen has implied his new recruits have adapted to life at the club better than many other new signings at various teams.

"When you bring six, seven new players into your starting 11 . into your 18-man squad [for match day] it takes a bit of time [for them to adjust], I am happy that we have found our momentum early,'' he said.

"There are a lot of teams . I won't mention names, who made a lot of changes but are really struggling with the new players. They're finding it difficult to fast-track that gelling process, I think we've done it a lot easier.''

Chippa were among the busiest clubs in the market before the start of the campaign, bringing in 10 players, with nearly forgotten versatile defender Mzikayise Mashaba, and talented winger Meshack Maphangule headlining the list.

"Maphangule brings a different dimension with his ability to run with the ball and pick a pass,'' Larsen said of the player, who joined on loan from Orlando Pirates.

"I am so happy for Muzi Mashaba, two years in the wilderness and comes back and plays 90 minutes in his first match [their goalless draw at home to Polokwane City] and gave a good performance.''

Chippa return to action at Orlando Stadium against the Buccaneers on September 14.