Erasmus could thrive under Ntseki at Bafana 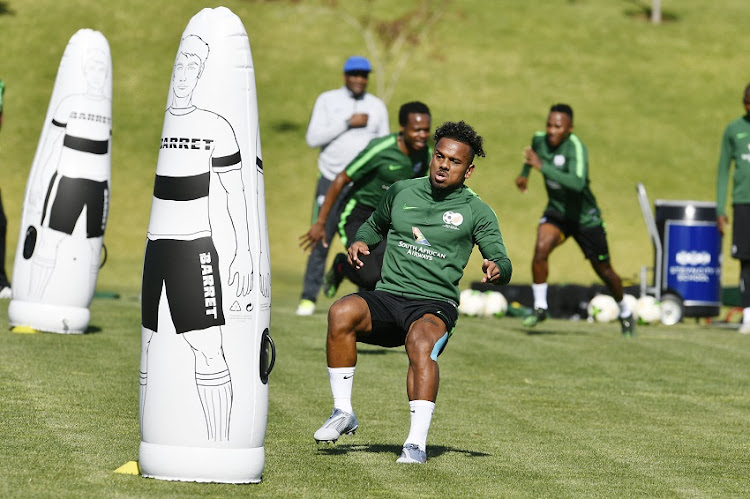 Kermit Erasmus is the player in the current Bafana Bafana squad for Saturday’s friendly against Zambia in Lusaka whose call-up perhaps most epitomises what new coach Molefi Ntseki’s strength can be.

For one‚ Ntseki and Erasmus go back beyond 2009‚ when the coach was assistant to Serame Letsoaka for the Amajita team that reached the last-16 of the Fifa U20 World Cup in Egypt.

Bafana coaches have overlooked Ersasmus because of his perceived prima donna tendencies.

When Ntseki called up the Cape Town City forward‚ the former school teacher made the astute observation that Erasmus is “like a learner in my class who’s very intelligent and who gets bored easily”.

The coach displayed an instinct that the best can be pried out of certain players‚ and very often specifically certain star South African players‚ with tailor made man-management and a touch of special treatment‚ just so long as they remember who is boss.

“He’s known me since I was a young kid. And I remember playing against his Harmony Academy team because they were always a tough team to play against‚” Erasmus said.

“So that just shows the brand of football he wants to play‚ and the type of football we know him to play as South African players. It’s entertaining‚ it’s going forward‚ and with a purpose to get the result and score goals.”

The 29 year-old Erasmus's storied career has taken him from a starlet at Feyenoord‚ to SuperSport United and Orlando Pirates and back to Europe where he failed to crack it in France and Sweden and then returning to the PSL.

He has been in form at the start of the 2019-20 season with two goals in four league games for City.

He defended 50-year-old Ntseki’s lack of top-flight experience and that has already drawn a public backlash.

Ntseki started in the lower leagues and went on to become an assistant to Clinton Larsen at Bloemfontein Celtic‚ predecessor Stuart Baxter for Bafana‚ and head coach of the national Under-17s.

“Well everybody has their opinion to certain things. But‚ I mean‚ everybody’s got to start somewhere‚” Erasmus said.

“And you’re given your opportunity on what you do and how you do it. For me‚ we’re just here to support him and show why he selected us as players and give our best for the country.

“He understands us from a young age. He’s known us‚ he’s been through the national team youth system ranks up to the senior team now. He understands South African football culture‚ and the culture of South African players He knows what it’s like growing up as a South African‚ and what difficulties we face. I think that plays an important role‚ and on how to manage the players too.”