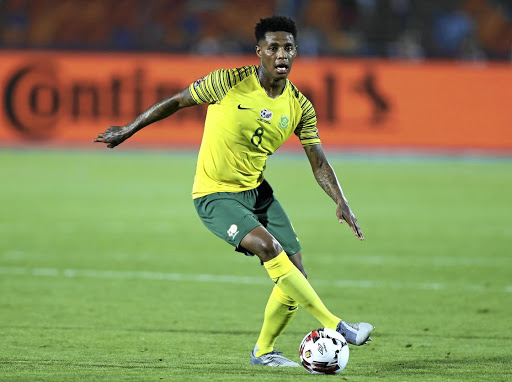 A new kit sponsor for the SA national teams is set to be announced later this month after the deal with Nike expired.

The sponsorship deal between SA Football Association (Safa) and the famous swoosh brand expired in July at the end of the Africa Cup of Nations (Afcon).

Nevertheless, Bafana Bafana and other national sides will continue using their Nike kits in the meanwhile.

Molefi Ntseki's team face Zambia in a friendly in Lusaka on Saturday and will use the same kit, while Banyana Banyana host Botswana in an Olympic eliminator tonight.

"We are entitled to use the Nike kit whilst finalising our negotiations between Nike and a potential new partner," Safa acting chief executive Russell Paul said.

Nike, the US sports apparel-maker, has been making the Bafana jersey since 2014. It didn't appear overly eager to renew its deal after some inconsistent performances in the past five years.

In 2015 Afcon, Bafana failed to win a single group game in Equatorial Guinea. In 2017 they failed to qualify for the Afcon in Gabon and imploded in the qualifiers for the 2018 Fifa World Cup.

Despite uncertainties always surrounding Bafana, Paul added that the national team is still appealing to corporates.

"Bafana as a brand remains strong. The results are something that don't always appeal to people," he said.

When contacted yesterday, Nike marketing manager Masilo Masha said: "I can't comment on that." Pushed further about the relevant company official to give comment he added: "There is no other person to give you comment," before ending the call.