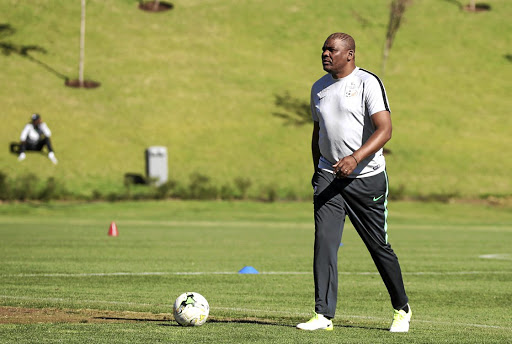 SA Football Association's decision to appoint the 50-year-old as a permanent coach has left many asking: "Who is he?" But the man has been around the block as much as he's not the most recognisable face in local football circles.

Highlands Park coach Owen da Gama is convinced that Ntseki has what it takes to take the country forward since Stuart Baxter's departure exactly a month ago.

"I'm very happy for Ntseki. I've always said that it must be a South African," commented Da Gama, who previously worked with Ntseki in the national team.

"All I can say is that he must not put himself under pressure and I've spoken to him a couple of times [in the past] and I said to him, 'be brave and select the team that you think is right and don't just sit on the fence'.

"I think he must use the PSL and NFD coaches as part of his technical team, because we will support him 100%."

Safa were expected to name a local man to take over from Baxter, because they apparently don't have the funds to bring in another expensive foreign mentor.

The SA Football Association (Safa) have appointed Molefi Ntseki as the Bafana Bafana head coach on a full time basis.
Sport
2 years ago

Any of those appointments would have not raised eyebrows, but it's a different story with Ntseki. A former school teacher in the Free State, Ntseki has in fact been coaching for more than two decades, though not at the highest level. "My journey as a coach started in 1998 as Vodacom League head coach of Welkom Stars and I led them to promotion into the NFD in 2000.

Since 2014, he's been with Safa, coaching the juniors and later on, working with the senior side.

He guided the U17s, Amajimbos, to a runners-up finish at the 2015 African U17 Championships in Niger. This was followed by a group stage exit at the Fifa U17 World Cup in Chile the same year.

He was Baxter's assistant for the past two years.