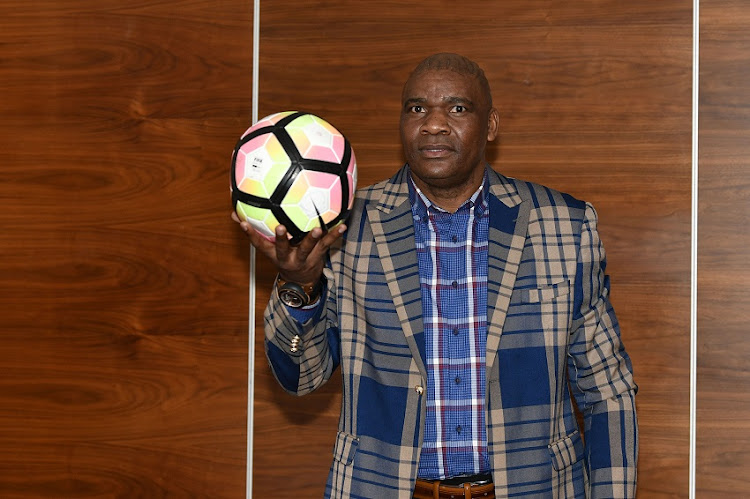 Molefi Ntseki’s appointment as Bafana Bafana coach has nothing to do with picking a “cheap option”‚ Safa Acting CEO Russell Paul has said.

Ntseki‚ a background man for the national team who has had a low-key coaching career from its start 21 years ago‚ was the surprising appointment as replacement to Stuart Baxter at the South Africa Football Association’s (Safa) National Executive Committee (NEC) meeting on Saturday.

It is surprising because he is possibly the lowest-profile‚ least publicly known Bafana coach to ever have been appointed‚ which would have seemed to make him a rank outsider next to other potential candidates Gavin Hunt‚ Benni McCarthy and Steve Komphela.

Surprising‚ too‚ for the uncharacteristic speed with which Safa moved on the appointment.

At most a shortlist had been expected from the NEC meeting at Safa House.

Instead‚ the Safa’s technical committee put forward one name‚ Ntseki’s‚ as a recommendation and the NEC were convinced enough to endorse it.

Paul then made a phone call to Ntseki‚ who already had publicly proclaimed his availability‚ who accepted the position.

The background nature of Ntseki’s career has already seen much public skepticism at such a low-profile appointment.

Paul said Ntseki was not a “cheap option” for the cash-strapped association‚ as has already been speculated.

Paul said Ntseki can build his profile as Bafana coach.

“I think it’s our [Safa’s] responsibility to build up that profile. Because dealing with his profile‚ he has been involved with the national team for quite a while‚ so he’s not unknown to that area. “He has formed an integral part of the former coach Stuart Baxter’s team. And he has a great understanding of football. In terms of developing a profile moving forward‚ ja‚ he needs to deal with that on the playing field‚” Paul said.

Baxter resigned on August 2 following Bafana’s quarterfinal exit from the 2019 Africa Cup of Nations in July.

Ntseki (50) had already been named caretaker Bafana coach for Saturday’s friendly against Zambia in Lusaka.

He started as head coach of Motsepe League team Welkom Eagles in 1998 and steered them to promotion to the National First Division in 2000.

He was co-founder of the Harmony Academy in the Free State‚ which produced current SuperSport United starlets Teboho Mokoena and Sipho Mbule.

As assistant-coach at Bloemfontein Celtic‚ Ntseki was again influential in discovering and promoting young players such as Thapelo Morena and Eric Mathoho.