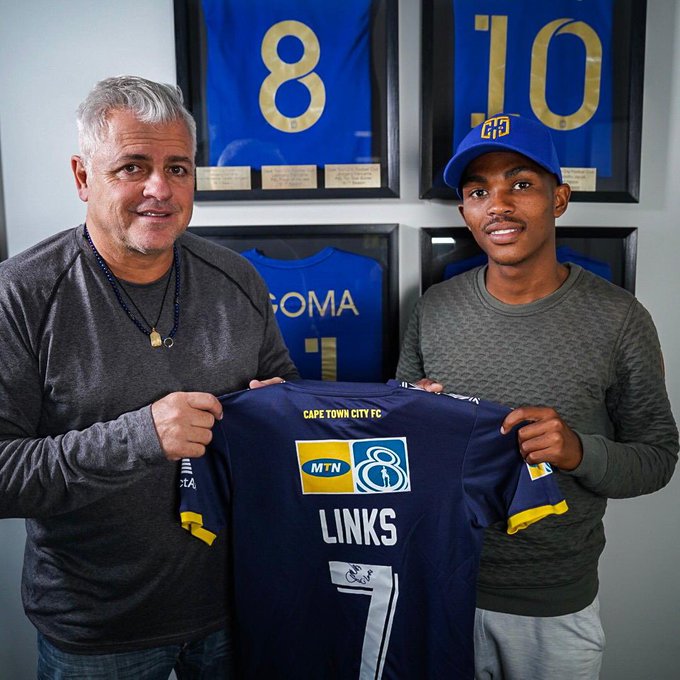 Winger Gift Links is following in the footsteps of a former Kaizer Chiefs and Bafana Bafana attacker Josta Dladla after joining Danish side Aarhus.

Dladla‚ spend two successful seasons at Aarhus between 2002 and 2004‚ but later returned to South Africa to win trophies with Mamelodi Sundowns and Chiefs until retired in 2016.

Links will wear the number 11 jersey at his new club after signing in what City say is a record transfer fee received‚ though they have not indicated a specific figure.

The Danes are delighted with their capture though and the club’s sporting director Peter Christiansen said they are expecting big things from the winger who is on the fringes of Bafana Bafana.

“He is a really skilled dribbler and he plays‚ despite his relatively young age‚ with great maturity. He is an explosive player and can be very direct in his game‚ and so he needs very little space around him on the last third of the pitch‚ where he will give us another offensive dimension.”

Christiansen says he also expects a quick integration for Links and believes the player will make his way quickly into the first team.

“We do not expect any great and long period of adjustment for him. The South Africans I have played and worked with in the past have been easy to integrate‚ and their positivity‚ humility and great passion for the game are infectious all around.”

Christiansen was a teammate of Sibusiso Zuma at FC Copenhagen where the former Bafana Bafana forward excelled in the early 2000s.

Aarhus are currently sixth in the 14-team Danish top-flight‚ already 11 points behind leaders Midtjylland after only eight games.

Their next fixture is a Danish Cup game against lowly Marstal Rise on September 11‚ which could be the perfect time for Links to make his debut.