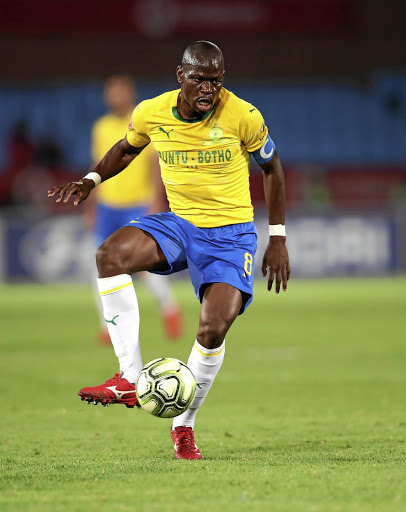 SuperSport United skipper Dean Furman hopes his club will cling on to Aubrey Modiba and Teboho Mokoena with the PSL transfer window closing on Monday.

Sundowns have made no secret of their desire to sign Modiba and Mokoena, but there was also reported interest from overseas.

With the deadline day fast approaching, it remains possible that Downs could table a substantial final offer after earlier offers were rejected.

"It's always unsettling to have interest from other clubs for our players. The sooner the window closes for us the better and hopefully nobody leaves us," Furman said.

Mamelodi Sundowns have raised the stakes in their quest to capture wantaway Kaizer Chiefs star Khama Billiat and tabled an initial offer of between ...
Sport
2 years ago

"It has been promising for us as players that whatever offers have come in have been turned down and that is fantastic because we don't want to lose our players, especially to our rivals. To see the club turning down offers is a signal of intent and this gives us confidence."

The Tshwane sides will clash in the first-leg semifinal of the MTN8 at the Lucas Moripe Stadium on Sunday (3pm). Matsatsantsa a Pitori are eyeing their second title in the R8m cup in three years. Last season they were beaten by Cape Town City in the final.

The Bafana Bafana midfield destroyer says the team is eager to win a first title for their coach Kaitano Tembo.

Furman is likely to face another tough duel from his Bafana teammate Hlompho Kekana in the first-leg semifinal, with the second leg set for September 17.

As much as Sundowns have dominated SuperSport through the years, it's been pretty close in their cup encounters. In the last five cup games, Sundowns have won three, with SuperSport claiming two wins.

SuperSport United have sent George Lebese back to Mamelodi Sundowns after deciding against signing the on-loan midfielder on a permanent deal.
Sport
2 years ago

Deal could see Sundowns part with almost R12m.
Sport
2 years ago
Next Article