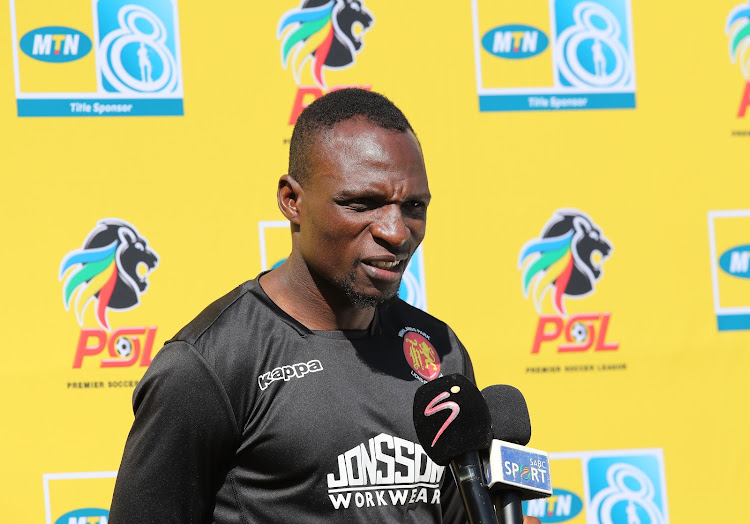 Rodney Ramagalela is back at Highlands Park after two weeks of compassionate leave following the death of his daughter.
Image: Samuel Shivambu/BackpagePix

Rodney Ramagalela says he has no ill feelings towards former employers Polokwane City over a seemingly harsh manner with which the striker was treated during his time at the Limpopo club.

The striker‚ though‚ is licking his lips and cannot wait to take to the field to face his former club Polokwane in the first leg of the MTN8 semifinal at Peter Mokaba Stadium on Saturday afternoon (kickoff 3pm).

In January this year‚ Ramagalela was frozen out of the Polokwane team and ordered to train on his own. He was isolated from the side after it became clear that he had signed a pre-contract with Highlands Park.

Highlands’ new striker‚ who started training with the team in April but his contract only kicked in in July‚ said at the time that his isolation from the rest of this then-teammates was so traumatic it drove him to the brink of “depression”.

Rodney Ramagalela says he holds no grudge against former employers Plk City, who will on Saturday at 3pm at Peter Mokaba in Polokwane host his new club @HighlandsP_FC.
"Having a grudge wont help me....its going to make me angry....and im not gonna be able to perform..."#MTN8 pic.twitter.com/b3Zc1DZwA3

But as he prepares to square off against Polokwane on Saturday‚ Ramagalela has denied holding any grudge against his former club.

“Football is like a circle. I don’t think that having a grudge against Polokwane is going to help me because it's going to make me angry and I will not be able to perform as I am used to‚'' said the striker known as ‘Rama-G’.

“For me‚ I just have to be myself and play for Highlands Park. Our motto is winning and we will do everything to win regardless of who we play or who we have played before.”

Highlands beat Orlando Pirates 1-0 in the MTN8 quarterfinals‚ a match that Ramagalela missed through a family bereavement.

The striker with an eye for goals is available for selection against Polokwane after returning from two weeks of compassionate leave to allow him to mourn the death of his daughter.

He missed the last two matches for the Lions of the North but is back in contention for coach Owen da Gama as Highlands try to navigate their way to a first cup final in the top-flight. 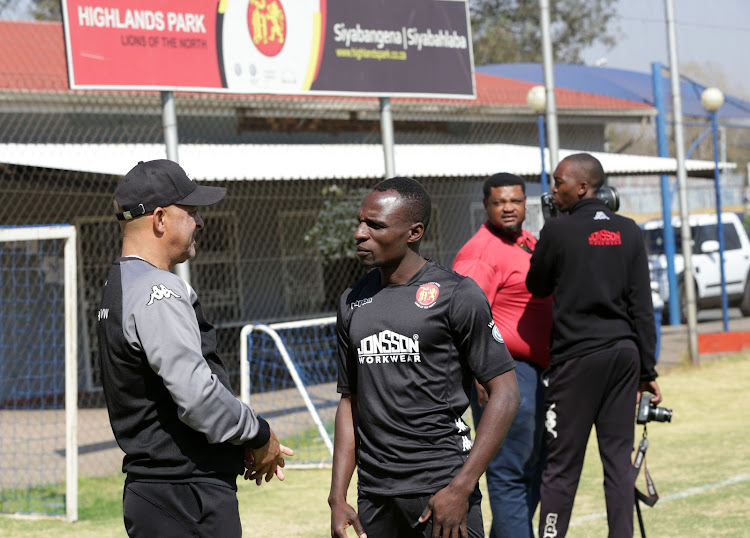 Polokwane are in red-hot form having won two of their opening four matches of the Absa Premiership season.

They dispatched Cape Town City in Cape Town last weekend to dump Benni McCarthy’s team out of the R8m tournament and will pose a danger to Highlands’ ambitions of playing in a cup final.

However‚ Ramagalela said Polokwane are an open book for him and his Highlands teammates and is confident they will nullify the Limpopo club’s dangers.

“We know a few things about them‚ which I believe the coaches have prepared us to be the better team on Saturday.

“So I think we just need to go out there and do our job and play our part as players to make sure that we grind a result‚” said Ramagalela‚ who has identified Polokwane marksman Mohammed Anas as the danger man they will need to keep an eye.

.@HighlandsP_FC striker RamaG talks about how crucial it is for his team to score an away goal vs Plk City in 1st leg #MTN8 quarters at Peter Mokaba. He'll be entrusted with that responsibility to help his side gain the adavantage ahead of 2nd leg on Sept.17 in Tembisa. #wafawafa pic.twitter.com/tb8lxdUVJl