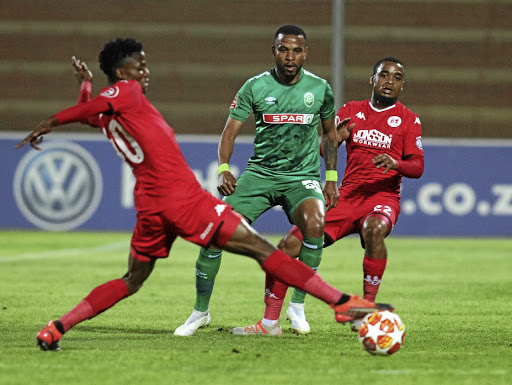 Highlands Park cannot afford to employ the same defensive approach they had against AmaZulu on Tuesday in their future games.

The Lions of the North won 2-1 against Usuthu, having come from a goal down at Makhulong Stadium in Tembisa.

Highlands Park will face Polokwane City at Peter Mokaba Stadium on Saturday in the first leg of the MTN8 semifinals.

Highlands coach Owen da Gama, however, was of a different view to the manner in which his charges played against the troubled KwaZulu- Natal side.

"I thought we played very well in the first half, considering that we were up against a team that beat us 3-1 here at home last season," he said.

"AmaZulu had more confidence than us. Once we conceded the goal from an error [in defence], the boys immediately responded and that shows character."

Regarding the second stanza, Da Gama said: "My boys tried to manage the game. Even against Kaizer Chiefs, we were 2-1 ahead but because we wanted a third goal, we opened ourselves and Chiefs beat us 3-2."

On the Wafa Wafa match against Rise and Shine, Da Gama alluded that it's going to be a difficult encounter, but welcomes the challenge.

"This competition has given us the opportunity to play; you know the more we play, the better you become because that presents opportunities to fix your mistakes.

"It will be a competitive game for us against a very good team," he said.

Interestingly, Da Gama assured that striker Rodney Ramagalela will definitely be available for selection against his former team.

"He has something to prove," said Da Gama, in reference to the fact that the player will face the team that allegedly treated him shabbily for six months without kicking the ball until Ramagalela joined Highlands Park.

The striker has already netted once this season.