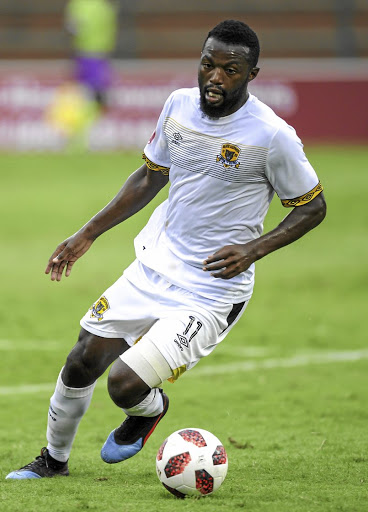 Black Leopards striker Mwape Musonda will remain with the club after his overseas move failed to materialise.

Musonda was put on sale after finishing the previous season as the top scorer in the Absa Premiership with 16 goals.

"I don't think a move will be possible in this window. I had some offers but the clubs failed to come to an agreement. We will see what happens. Maybe in future a transfer can happen but for now I am with Leopards," Musonda said.

There was interest for the 28-year-old from a handful of clubs in Saudi Arabia and China. It appears, however, that they were unwilling to meet Lidoda Duvha's evaluation of the goal-poacher.

Leopards' media officer Barry Ramunenyiwa said the club was still waiting for concrete offers for Musonda. "As a club we have always said that if there is an offer for Musonda the clubs must speak with us and not through the media," he said. "He is still our player."

The Zambian, who is yet to make an appearance for the club this season, could be available for tonight's game against Maritzburg (7.30pm).

Initially it was thought to be a loan deal but it has come to light that Dax has signed a two-year contract with Leopards. "We also welcomed Dax to our team... He is now our player," Ramunenyiwa said.

Two victories out of two at the start of the new season might lead many Kaizer Chiefs fans to start believing again but AmaKhosi will be the first to ...
Sport
3 years ago

Team banks on new signings
Sport
3 years ago
Next Article