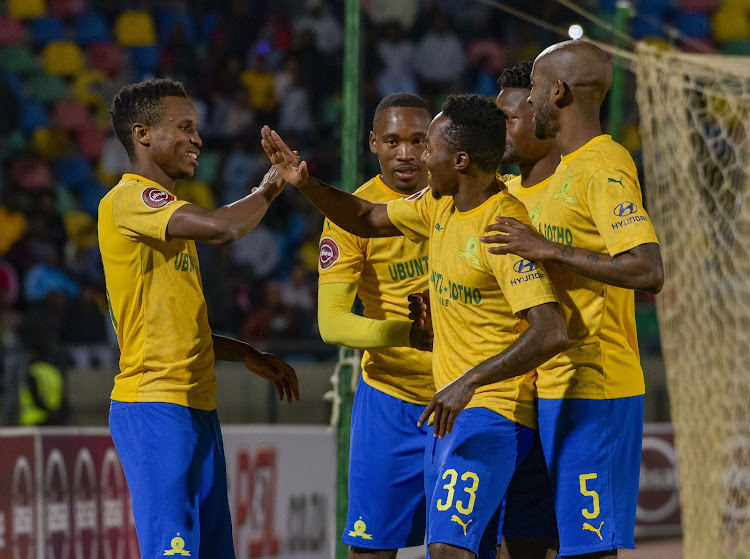 Champions Mamelodi Sundowns continued an unbeaten start to the season with a workmanlike 2-1 away win over Bloemfontein Celtic in the Absa Premiership on Wednesday night, although they did have as late scare to deal with.

Mosa Lebusa opened the scoring inside the opening 20 minutes, and it was doubled soon after the break when Themba Zwane stuck home a penalty.

Another penalty in the 86th minute from Motebang Sera offered Celtic some hope at the end but the class of the champions ensured a good haul in a difficult assignment.

Celtic pushed the ball around a lot in the midfield and looked to get the nippy Menzi Masuku and Tebogo Potsane going wide on the flanks, but the speedy wingers did not seem to know what to do with the ball and as a result did not hurt Pitso Mosimane's side. 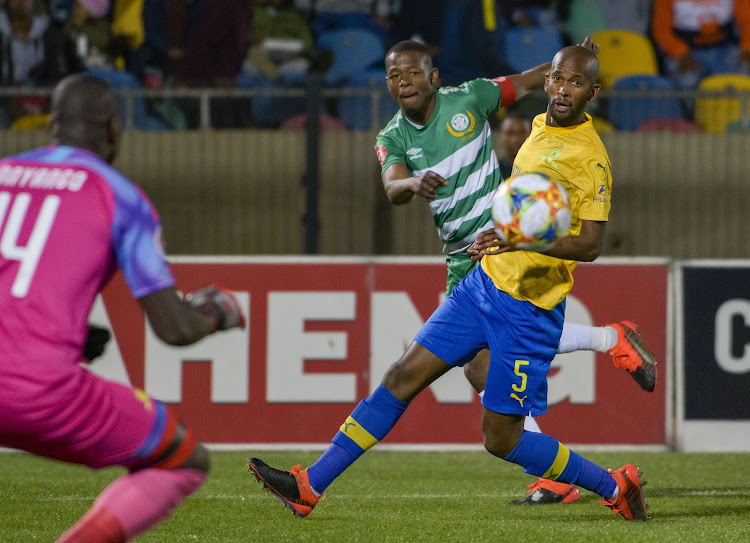 Bloemfontein Celtic captain and striker Ndumiso Mabena had good opportunities to earn a share of the spoils for his team.
Image: Frikkie Kapp/BackpagePix

Sundowns were slow in getting going, patient more than anything else, but should have been ahead after 15 minutes when they opened up the home defence with a series of quick passes, setting up Tebogo Langerman to ghost in.

But, with the goal at his mercy, his shot was weak and wide.

Two minutes later it was all forgiven as the home defence gave away possession on the edge of their area to Hlompho Kekana, who blasted from outside the area, crashing his effort firmly against the upright.

The rebound fell to Lebusa on his left foot and despite a despairing effort by new Celtic goalkeeper Mondli Mpoto nestled firmly in the back of the net.

Gaston Sirino’s runs troubled Celtic’s back four and Kekana had one more long range effort – off target this time – as Sundowns managed the rest of the half with imperial aplomb.

Kekana was immediately into the action again as the two sides came out after the break, cutting into the Celtic box before being scythed down by Tshepo Rikhotso. 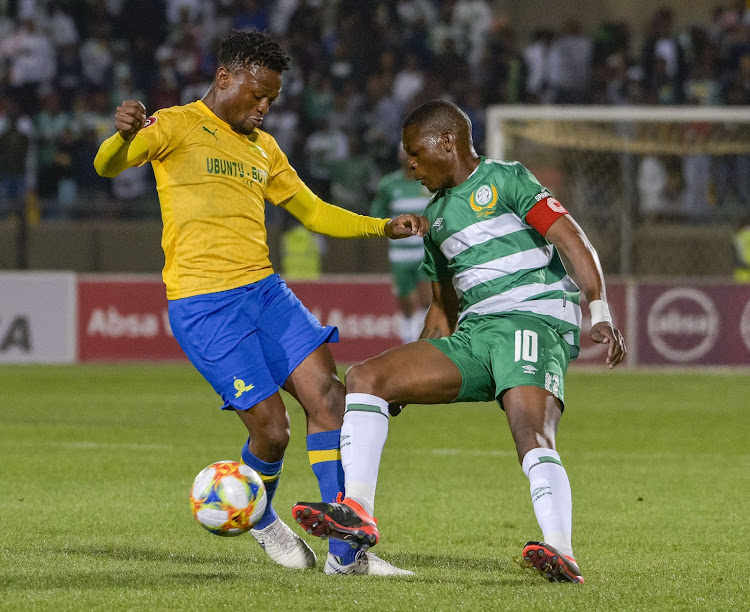 Mamelodi Sundowns utility defender Motjeka Madisha (L) will be pleased with some game time under his belt.
Image: Frikkie Kapp/BackpagePix

The resultant spot kick was expertly converted by Zwane.

Celtic striker Ndumiso Mabena had a chance to pull one back on the hour mark with a freekick, not dissimilar to the strike against Sundowns 11 days earlier in the MTN8, but this time hit it wild and wide.

Mpoto, playing only his second game, made a brilliant save to stop a long range shot from Zwane as the game moved into the last quarter-hour but Zwane should have had his second of the game straight after but was erroneously ruled offside.

Celtic got a penalty with four minutes left – a handball by substitute Andile Jali – converted by their new Basotho signing but ran out of time.