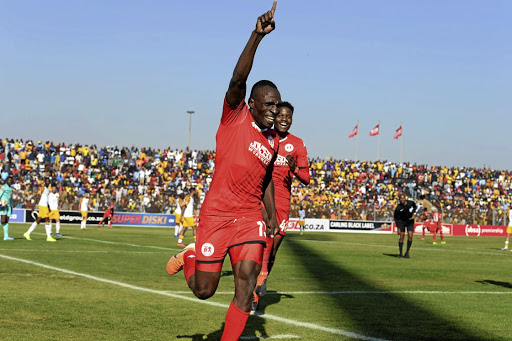 The return of Rodney Ramagalela and winger Lindokuhle Mbatha should help spearhead Highlands Park to their first win of the Absa Premiership 2019/20 season against AmaZulu at Makhulong Stadium tonight (7.30pm).

Ramagalela returns to the side after a compassionate leave, following the death of his seven-year-old daughter, coach Owen da Gama said.

Ramagalela scored his first goal for his new club when they lost their home match to current log leaders Kaizer Chiefs early this month.

The significance of the clash between 11th-placed Lions of the North and the tail-enders is that both sides are still chasing their first win in the new season.

Mentor wins two out of three games
Sport
2 years ago

Highlands go into their match tonight somehow motivated after sharing the spoils with Black Leopards in their 1-all draw at Thohoyandou Stadium in Venda at the weekend.

Da Gama says he is well aware that AmaZulu are struggling a little but he won't go into the match hoping for a walk over because Usuthu, like them, are out to register their first victory of the season.

"I think we were lucky to get a point against Black Leopards who realised some weakness in us. Four of my players were not at their best but we made tactical substitutions and we competed," Da Gama said, adding that it was good news that Ramagalela was back in the team.

"Mbatha is also back after his injury in our game against Pirates.

"I am confident the boys will pull their socks and rise to the occasion."