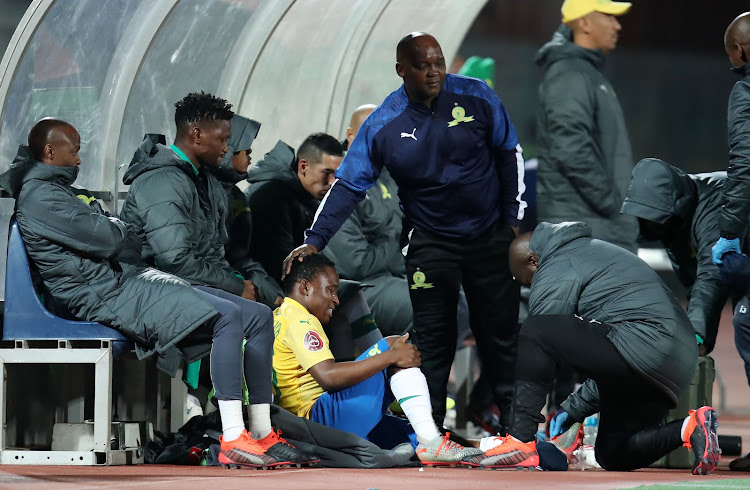 Keletso Makgalwa of Mamelodi Sundowns in pain as he is comforted by coach Pitso Mosimane after sustaining an injury during the 1-1 Absa Premiership draw at home against Cape Town City.
Image: Muzi Ntombela/BackpagePix

Keletso Makgalwa has had scans on his Achilles injury but the results had not arrived by Thursday, leaving Mamelodi Sundowns uncertain about how long their young rising star might be sidelined.

But officials told TimesLIVE on Thursday it would be for at least six weeks‚ if not longer.

The striker was stood on by Cape Town City captain Thamsanqa Mkhize as he attempted to trip him from behind with Makgalwa bursting away towards goal in Tuesday’s 1-1 Absa Premiership draw in Atteridgeville.

It comes not only as a blow to the league champions‚ for whom the 22-year-old scored in their 3-1 MTN8 quarterfinal win against Bloemfontein Celtic‚ but also to the national under-23 side.

Under-23 coach David Notoane will be seeking to call Makgalwa to help lead the attack in next month’s Olympic qualifiers against Zimbabwe. 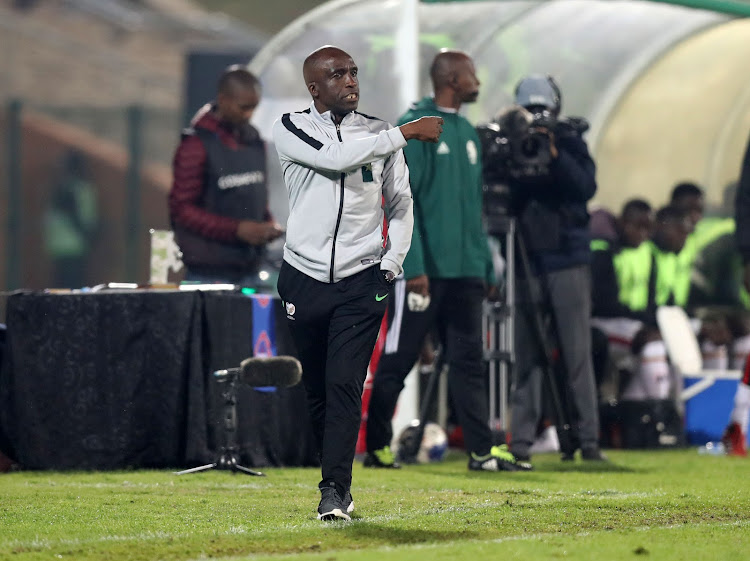 David Notoane is in charge of the SA Under-23 side.
Image: ©Samuel Shivambu/BackpagePix

Amagluglug are up against the neighbors over two legs in a bid for a place at the African U-23 Championship in Egypt in November‚ where the top three finishers go onto the men’s football tournament at next year’s Tokyo Olympics.

The first leg is at Bidvest Stadium in Johannesburg on Friday‚ September 6 and the return leg in Zimbabwe on September 10.

Notoane is keeping faith with the majority of the squad that beat Angola 6-1 on aggregate in March in their previous round.

His squad will be named on Friday‚ at the same time as the Bafana Bafana selection for the friendly in Zambia on September 7‚ and is top heavy with Premier Soccer League (PSL) talent. 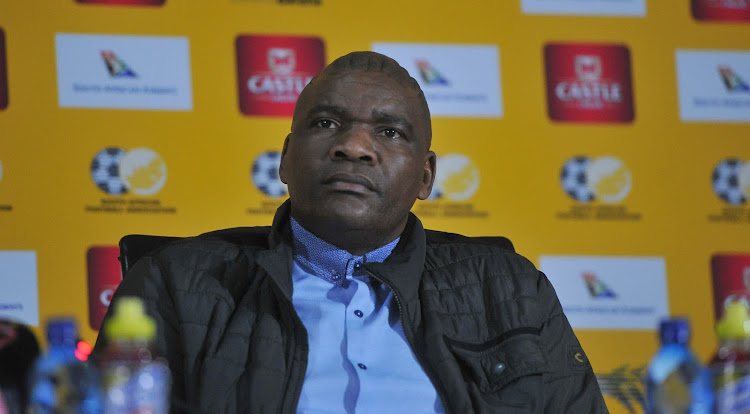 SuperSport United will have five players in the Under-23 squad as Athenkosi Dlala‚ Kamohelo Mahlatsi‚ Sipho Mbule‚ Teboho Mokoena and Jamie Webber are all expecting a call-up.

Cape Town City should supply Keanu Cupido and Gift Links and Chippa United might offer up Sandile Mthethwa and Tercious Malepe‚ who is the captain.