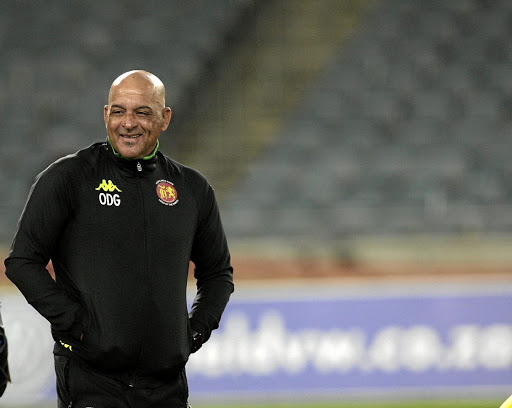 Being in the MTN R8m cup competition is a true reflection of what those eight clubs that finished within that bracket in the previous Premier Soccer League season had conducted themselves throughout.

Advancing to the semifinals and obviously being in the finals of this Wafa Wafa competition - the first cup action of the new season - is every coach's wish because this football showpiece sets the tone for what to expect going forward.

Kaizer Chiefs finished ninth while returnees to top-flight football - Highlands Park - were seventh on the standings.

The Lions of the North knocked Orlando Pirates with a narrow 1-0 win in the quarter final at Orlando Stadium at the weekend.

"They are a quality team," said Da Gama, who helped Bucs qualify for the competition in 2005 after replacing Bibey Mutombo as head coach. "It's important to understand the quality Pirates are, management, supports systems and everything about them.

"But it is always a good feeling to achieve such a feat [win on Saturday] over your old team. But I want to give gratitude to our boys for the manner in which they handled themselves."

Da Gama said his charges worked in preparation for the clash with Bucs and it paid off. Now he has turned his attention to his club's tough league encounter with Black Leopards in Thohoyandou this weekend.

"It's tough one especially playing Leopards at Thohoyandou Stadium. But, again, one match at a time and the focus is key for us. The league is important; we've got to start planning for Leopards.

"The new guys are gelling well with the old ones but we are under no illusion that we have to work harder."