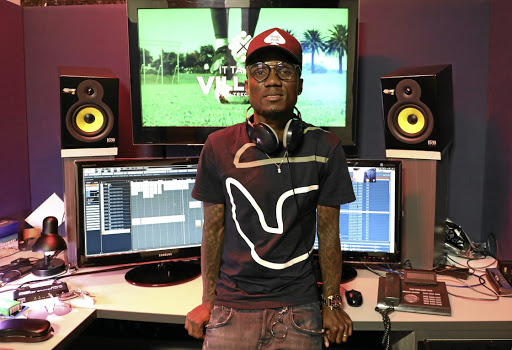 Teko Modise will address his personal issues in his new TV show 'It Takes a Village'./ SANDILE NDLOVU

After years of shying away from media attention on his personal life, retired football star Teko Modise will be letting the public into his life through popular series It Takes a Village.

The 11-episode series will see Modise lend a helping hand to young South African men who are faced with life challenges.

The first season of the show saw DJ Zinhle going back to her childhood hometown of Dannhauser in KwaZulu-Natal to help equip young women with tools to deal with challenges such as unemployment, alcohol and drug abuse, teenage pregnancy and crime.

With Modise at the helm, the second season will feature, among others, a young man who has been abandoned by parents and help an ex-prisoner with reintegration into society.

"It has been an incredible experience to be able to engage and walk in the shoes of guys from the hood and get to learn more about what they are going through," Modise said.

'Forgiveness is important': Teko Modise makes peace with his father

Teko Modise finally forgives his dad and it's so heartwarming to watch.
Pic of The Day
2 years ago

The former subject matter is one that is close to the ex-footballer's heart.

In the final episode, the 37-year-old also decided to address his own personal issue. "The General", as Modise was known during his playing days, finally reunites with his father, Steve Sekgaila, some 25 years after he last saw him.

"Forgiveness is the biggest lesson I learned from the show. I sat down and here I was helping others while I have my own issue that I need to deal with," he said.

"I then decided that it's time I dealt with my problem and met with my father. I didn't know how to react when I met him but I didn't have any anger towards him.

"Usually, I am on TV being interviewed but this time around I am on the opposite side. It gave me a chance to tap into my own emotions from the time when I was young and coming up."

The first episode is set to air on September 4 on SABC1 at 9pm.

It's disappointing to see them lose their prized possessions like luxury cars and posh houses through repossession by banks.
Opinion
2 years ago

Guarantor heads to court over bond arrears.
News
2 years ago
Next Article