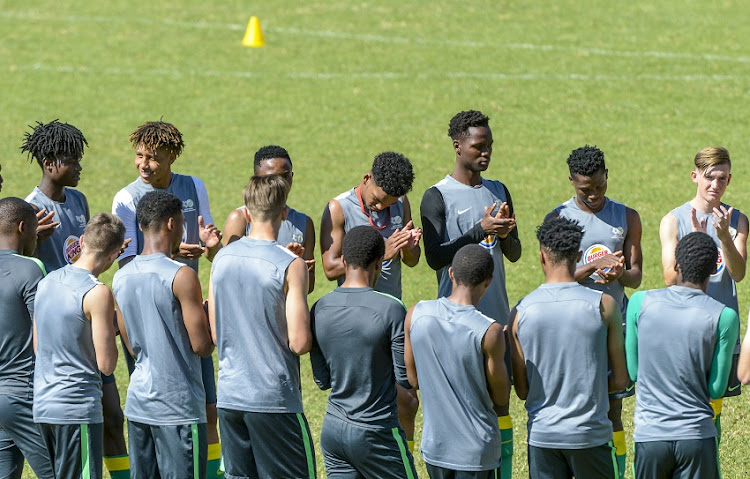 The chances of the SA Under-20 national team travelling to Morocco to participate in the Africa Games hang by the thinnest of threads.

The Games get underway on Friday but the difference between the South African bodies that are supposed to help Amajita get to the Games in time to line up against their continental rivals were fading fast on Wednesday afternoon.

Amajita‚ who have former Bafana Bafana player Hellman Mkhalele as caretaker coach and have been camping in Johannesburg since last week‚ were supposed to leave the country on Tuesday but could not do so after the SA Football Association (Safa) failed to get a go-ahead from the SA Sports Confederation and Olympic Committee (Sascoc).

Safa have escalated the matter to the ministry of sports‚ culture and recreation‚ in a bid to force Sascoc to give them the blessing to represent the country in Morocco.

Mickey Modisane‚ the sports ministry spokesperson‚ said: “The minister (Nathi Mthethwa) is quite aware of this matter and there are ongoing negotiations to try and resolve it.

“The minister hopes to find the solution that will satisfy both Sascoc and Safa on this matter.”

According to Safa’s acting CEO Russell Paul‚ the association were now hoping to see off the team on Wednesday night‚ a few hours ahead of their opening fixture against the hosts on Friday.

At issue is the decision which was taken by the Sascoc board in June where they resolved that sporting codes and athletes that were not going to the Games to qualify for next year’s Olympics in Tokyo were not to be included in their team to Morocco due to financial constrains.

“We sent the letter to Safa in June notifying them of the decision like we did to all other associations‚” Sascoc’s senior official Qondisa Ngwenya told TimesLIVE.

“As far as we know we now have 113 athletes representing the country in Morocco and the Under-20 football team is not part of that team. We were supposed to send 300 athletes to the Games

“Everybody knows that the Under-23 have their own programme of qualifying for the Olympics and it was because of that reason that we included no football team in our squad to Morocco.”

Russell did admit that they aware of the decision taken by Sascoc in June.

“They did that for financial reasons but from a financial perspective we (Safa) indicated that we’ll fund ourselves but Sascoc said they can’t agree to that‚” said Paul.

“We can’t see how they can punish players when Safa is willing to do this. I mean it’s not only us‚ I think the same applies to other federations.

“As we speak now (Wednesday) Sascoc have not resolved this issue and we have taken the matter to the government as well.

“We’ve indicated that Sascoc need to come up with a solution but the solution that they are offering is nothing.

“So we are making alternative arrangement.

"We are flying out (on Wednesday night) and we are just waiting to see the intervention of the sports ministry if it will support us in our decision to go there.

“We were supposed to leave on Tuesday at 1pm but were delayed by the Sascoc decision not to allow us to go. We don’t understand how this Sascoc policy comes into play for our team.”