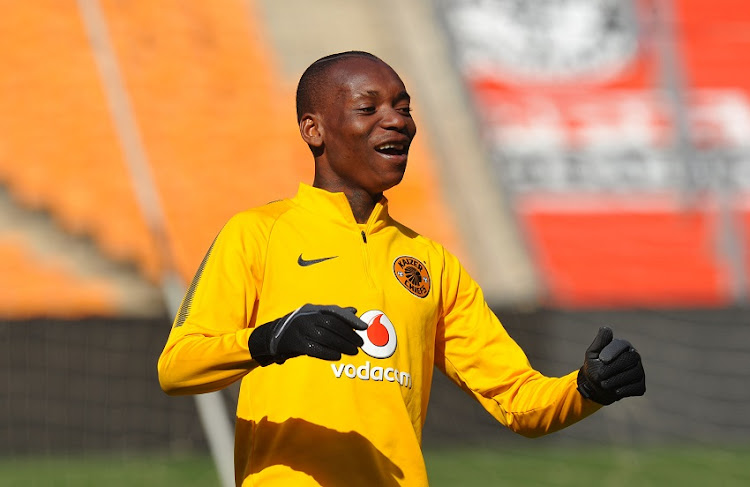 Khama Billiat of Kaizer Chiefs has apparently drove to Sundowns training base in Chloorkop and told club officials that he wants to come back .
Image: Sydney Mahlangu/BackpagePix

Kaizer Chiefs have threatened to take action against rivals Mamelodi Sundowns over Khama Billiat and branded the Brazilians’ public statements on the star player as “unethical behaviour” and “unacceptable.”

Sundowns put the pigeon among the cats this week in their pursuit to capture Chiefs want-away Zimbabwean star after tabling an initial offer of between R13m and R15m plus unspecified number of players as a sweetener to bring Billiat back to Chloorkop.

Sundowns general manager Yogesh Singh told TimesLIVE on Thursday that “there has been discussions with Chiefs about Billiat” and that “our intentions of bringing the player back to Sundowns are serious.”

Chiefs came out swinging at Sundowns hours later and accused the cash-flush Tshwane giants of “causing unnecessary confusion and uncertainty to our supporters and stakeholders.”

“Kaizer Chiefs would like to put it on record that the information being peddled in the media about the club negotiating with Mamelodi Sundowns is completely false and uncalled for,” Chiefs said in a hard-hitting statement on Thursday.

Chiefs confirmed there was an approach for Billiat from Sundowns while the star forward was in Egypt with Zimbabwe at the Africa Cup of Nations last month but said there has never been any negotiations with the chairman Kaizer Motaung.

“We informed them (Sundowns) that we are not selling the player.

“We are concerned that the said Sundowns official can misrepresent us in this manner.

“We call on him (Yogesh Singh) to refrain from spreading false information in the media and respect the rules.

"Khama Billiat is committed to Kaizer Chiefs and is not joining any other club.

“We are considering taking action to deal with the matter. This unethical behaviour cannot and should not be tolerated.”

Singh was boisterous and unambiguous that Sundowns will pull every trick in the book and break the bank to get a player they let go for free at the end of last season.

“We are waiting to hear from Kaizer Chiefs as to how we can take the process forward. Discussions are ongoing and we are willing to do whatever is needed to bring him back to the club," Singh had earlier told TimesLIVE on Wednesday.