Serero set to move to the UAE 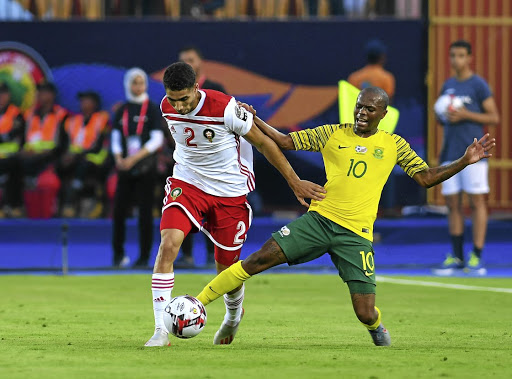 All indications suggest that Bafana Bafana midfielder Thulani Serero is on the verge of making a lucrative switch to the oil-rich United Arab Emirates (UAE).

Serero, who currently plies his trade for Vitesse Arnhem in the Netherlands, has been linked with a move to Al Jazira Club for a fee of ?1m (about R17m), according to publication De Telegraaf. A report in the Dutch newspaper said "Vitesse loses Serero to Al Jazira".

"The people from Arnhem [Vitesse club officials] are with the club from the United Arab Emirates, which pays around one million euros for the 29-year-old midfielder," it reads.

"During the week, Serero will go to Abu Dhabi himself to prepare the necessary paperwork."

Serero has found relative success overseas since leaving SA as one of the top stars after winning the PSL Footballer of the Season in 2011 playing for Ajax Cape Town.

He was swiftly snapped up by Ajax Amsterdam where he spent six seasons and played in the Uefa Champions League. He won three Dutch Premier Division titles before joining Vitesse in 2016.

Serero's career is seemingly back on the up with him enjoying more game time at his current club as compared to his latter seasons at Ajax.

Midfielder Thulani Serero has got the nod in an attacking Bafana Bafana eleven to face Morocco at Al-Salam Stadium in the Egyptian capital Cairo on ...
Sport
2 years ago

The Soweto-born attacker also recently made a return to international football when he made his Bafana comeback in 2018. Prior to that, Serero had an almost two-year hiatus from the national team after falling out with previous coach Shakes Mashaba.

Serero's former manager Mike Ntombela believes the move to the UAE can help secure his future.

"If we were to look at his age, he is 29 now and now thinking about his future so in that respect going to the UAE can be good for him," Ntombela said.

"He is not getting any younger. What I like about him is that he has done all that it takes to remain overseas and he has no ambitions of returning home which is a good thing."

Ntombela stopped representing Serero as an agent when the player moved overseas and it was decided that it is best that an international agency looks after his affairs.