Da Gama feels it's too early to judge Highlands Park 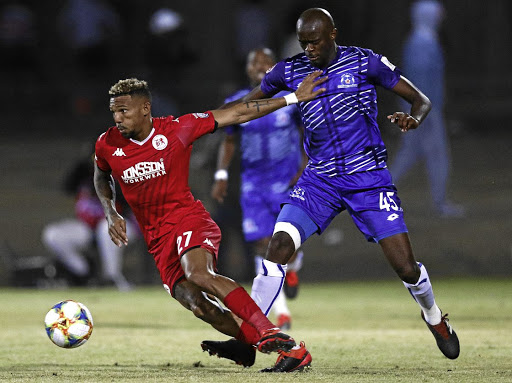 Wayde Jooste of Highlands Park gets the better of Kwanda Mngonyama of Maritzburg United during their Absa Premiership match on Friday.
Image: Gallo Images/ Anesh Debiky

Rome was not built in a day, was football coach Owen da Gama's response when asked about the future prospects of his Highlands Park side, who came back from the brink of defeat to draw 1-1 with Maritzburg United on Friday night.

"It's still too early. Rome was not built in one day. Lots of teams like Orlando Pirates and Kaizer Chiefs have been there for ages. You've got to understand that it took a lot of work and sacrifices to build the giant teams they are today," said Da Gama.

"We must respect that process and be given the opportunity to grow a young team. You can't come into the PSL and just hope or think that you will walk over them. It's impossible.

"You know, at least in five years, you can start talking. It's a process. It's not an overnight success. [You have to] pay your dues before you build a complete and solid team."

Regarding their game on Friday, Da Gama said: "Maritzburg were tough but also they made four changes to the team that played Golden Arrows, so they changed their entire formation. Some of their new guys you've never seen play, so planning was difficult.

An equaliser three minutes into stoppage time on Friday ensured a share of the spoils for a relieved Highlands Park and another dose of bitter ...
Sport
2 years ago

"It was a game of two halves. We were conservative in the first half, seeing what they were about. But our introduction of Tendai Ndoro changed the complexion in our favour because it took attention away from Peter Shalulile, who was always marked by two players.

"Ndoro brought some shivers, creating problems for them, and Shalulile was able to enjoy that kind of free role and he equalised for us. This is our second season in the PSL, and we are still building a solid team."

Highlands finished last season on a high, qualifying for the MTN8 cup competition with its R8m prize.

The team with no big names achieved that feat on its return to top-flight football after spending a season in the National First Division.