Seema optimistic despite loss to Bucs 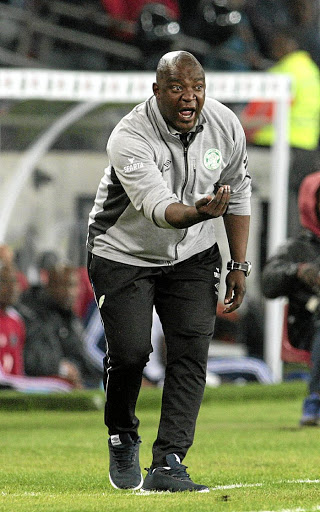 Bloemfontein Celtic coach Lehlohonolo Seema says their off-the-field woes are now a thing of the past.

Last season, Celtic faced a financial crisis, prompting recurring strikes by the club's employees, including the players. The troubles forced supporters to boycott some matches at Dr Petrus Molemela Stadium.

Eventually, the Siwelele faithful invaded the pitch against Cape Town City in April, compelling the game to be abandoned. They ended up playing their home matches in other provinces.

"We have mended our things; our house is in order now. We are getting the kind of support we've been missing," Seema said in the wake of their 3-1 loss to Orlando Pirates in their first league game of the season at Orlando Stadium on Saturday.

"We started and ended the pre-season well, we played our first game... there was nothing ... the supporters were there supporting us. I can assure you that against Golden Arrows on Sunday... we are playing at Dr Molemela," he said.

"There are a few things defensively that we need to work on, so that we can give ourselves a chance of winning games," said Seema.

Orlando Pirates have paid in the past two seasons, both of which where they were pipped at the post as Absa Premiership runners-up by Mamelodi ...
Sport
2 years ago

The former Celtic skipper, who also captained Pirates in his heyday, was happy with their offensive work.

"You can see that finesse in the attacking third there. It's not a lot of teams that can say they open Pirates like that or they get behind Pirates' defence like that.

"There's a good future in this team going forward. We are not discouraged. The future looks good. We are happy with the couple of youngsters that we have," said Seema.

"It's young coaches, young players... that boy [Chaine] was the player of the season in the MDC. So it shows that he's got pedigree," said Seema.

"With us, you show us at training that you want to play... we are not scared to play you. Somebody would ask, 'why did you throw him in the deep end against Orlando Pirates? Well... where's he going to get the experience? You just need to protect him."

He continued: "In none of the goals can you say he made a mistake. In fact, he kept us in the game."