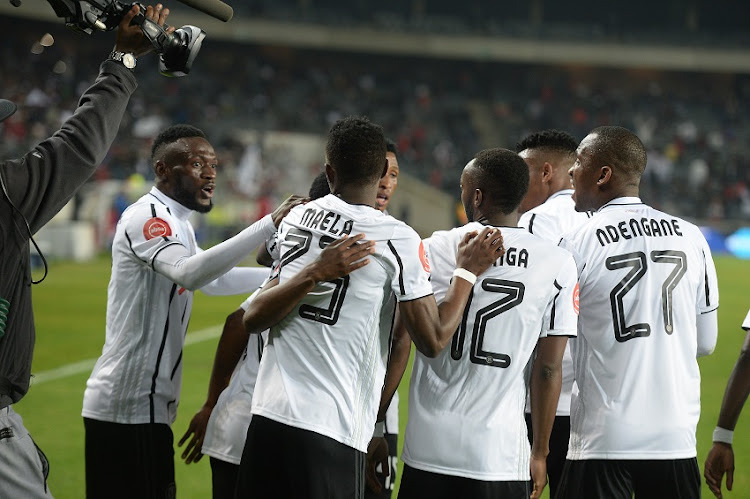 Orlando Pirates coach Milutin Sredojevic said he employed 19-year-old debutant Thabiso Monyane as a right-back in Bucs’ 3-1 win against Bloemfontein Celtic on Saturday night because the teen has the energy for that position.

Under-20 international Monyane normally plays as a right wing‚ the position he occupied for Amajita at the U-20 World Cup in Poland in May‚ when he scored the equalising penalty in the South Africans’ final 1-1 group draw against Portugal.

Thrown in at the deep end at the start in Pirates’ 2019-20 Absa Premiership season-opener at Orlando Stadium‚ the youngster impressed with his skills and energy on the right flank‚ even if he clearly is still a little on the raw side.

“It was an historical day for Orlando Pirates‚ where a young boy of 20 who played in the Under-20 World Cup‚ Thabiso Monyane‚ played his first game.

“We gave him simple instructions – ‘Son‚ if things are OK‚ take the credit. If things are bad‚ we as coaches will take the blame’.

“I want to give credit to the senior players who accommodated him. And he has presented himself in the best possible way.

“But him starting today sends a strong message that our youth system is doing a good job.”

Sredojevic said Monyane’s youthful energy can see him up and down the right flank in a wing-back capacity.

“You know him as a right winger. We played him in a wing-back situation‚” Bucs’ coach said.

“The energy and quality that he has gives him that ability to tirelessly perform repetitions on the flank.

“No matter whether his is a winger‚ wing-back or a fullback he needs to be a multi-dimensional player‚ ready to defend‚ ready to build up‚ ready to give that advantage in numbers when we are attacking form that flank. A player with energy.

“He is still very far from where his is supposed to be. But from tonight‚ starting with the first step‚ a journey of a thousand miles has begun. And he did very well.”

Pirates’ goals against Celtic were scored by Augustine Mulenga in the sixth minute‚ Innocent Maela in the 56th and substitute Gabadinho Mhango in the 78th. Mzwandile Mahashe had equalised for Celtic in 39th.