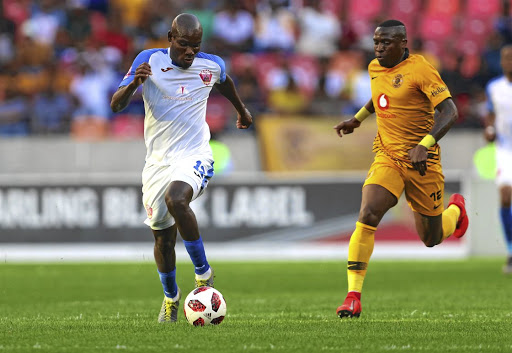 Orlando Pirates defender-cum-midfielder Tercious Malepe is undeterred by the fact that he's not in the Buccaneers' plans for the new season.

On Tuesday, it became evident that Malepe, who was on loan at Chippa United last season, is not going to be part of the Pirates squad when he was not allocated a jersey number.

"I have to take it [Pirates jersey number snub] as a player, there's a lot of talent at Pirates. In football sometimes you get a chance and other times you do not, but you just need to get going," Malepe told Sowetan after Bafana's training in Dobsonville, Soweto, yesterday.

The close working relationship between Orlando Pirates and Chippa United is illustrated in the fact that there have been 29 players movements‚ and ...
Sport
2 years ago

Injury-troubled goalkeeper Brilliant Khuzwayo has been forced into early retirement because of "medical incapacity" while prodigy midfielder Augustine Mahlonoko, who became the club's youngest debutant at the age of 16 and 352 days in August last year, were also left off the Bucs roster for the new season.

Malepe didn't hide that he'd like to return to Chippa.

"There at Chippa, the environment was nice. I got game time, played about 90% [of games]. The supporters also liked me a lot, because I was helping the team. So it would be a pleasure for me to be there again, if Pirates allow me to go there," stated Malepe.

"Of course, I will just have to hear from them [Pirates] as to what's going to happen. It's either a loan ... I want to go to a place where I'll get game time, that's what is important to me ... I want to play."

The 2016 Rio Olympian emphasised he was focused on the job at hand - to help Bafana overturn the deficit.

"I have never been in a camp [with Pirates], I have been with the national team. I will know more about that [why they didn't issue a jersey number] when I am done with the national team, my focus is purely on Bafana at this moment," said Malepe, who's never donned a Pirates jersey in an official match.