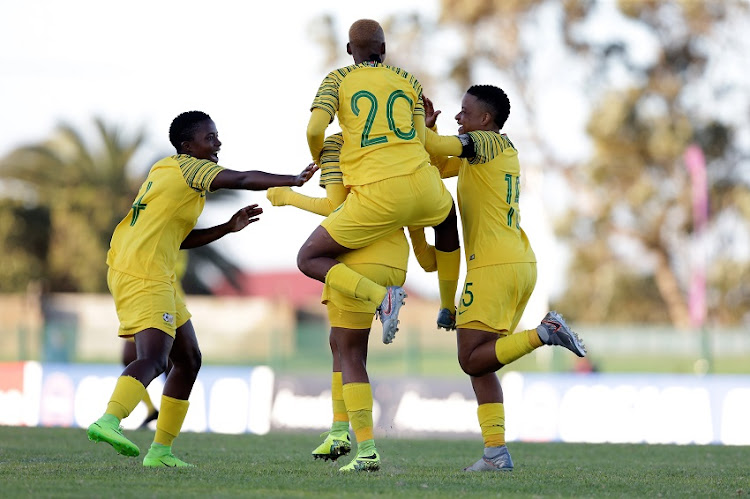 Banyana Banyana coach Desiree Ellis is delighted with her record-breaking side in the wake of their 17-0 demolition of Comoros Islands at the Cosafa Women’s Championship on Wednesday‚ especially as it was achieved with a much-changed side.

Ellis is without the likes of top stars Thembi Kgatlana‚ Linda Motlhalo‚ Leandra Smeda‚ Jermaine Seoposenwe and Nothando Vilakazi‚ who are all with their overseas clubs‚ but were able to showcase their depth with a stunning performance.

It did come against an admittedly weak opposition‚ but Banyana were clinical in racking up not only their biggest ever victory‚ but also the largest win in the history of the Cosafa tournament.

“We spoke about coming back from the World Cup and maintaining the levels that we were at and I thought we did that really well‚” Ellis said.

“We kept the intensity up and you can only play who is in front of you.

“This team kept the intensity up and kept playing. We created chances – I think we hit the crossbar four or five times‚ maybe even more. We had about eight goal-scorers – we could have even had more.”

Banyana had too much pace‚ power and skill for their opponents‚ but still showed patience and some neat build-up play that bamboozled the islanders.

“I thought our goals were well-taken. At times we were patient with the ball‚ took it from side to side and then played it through the middle‚” Ellis said.

The win betters Banyana’s previous biggest victory‚ a 14-0 success over Botswana in the Cosafa tournament in 2002‚ a match in which Ellis played.

“I challenged them at half time‚ when we were 6-0 up; I said‚ ‘Guys‚ we can break this record. You play football to break records’.”

Ellis admits that she is looking to the future with her Cosafa squad and has been able to introduce some new players‚ and give others on the fringes a run.

The likes of vastly experienced stars Janine van Wyk and Noko Matlou‚ who have almost 350 caps between them‚ watched from the bench‚ but will come into the reckoning for tougher assignments ahead against Malawi on Friday and Madagascar next Monday.

“We have used this competition in the past to qualify for Afcon and then the World Cup. Now this is preparation for our Olympic qualifier [against Botswana later this month]. It is all about using the Cosafa Cup to give players an opportunity‚” Ellis said.

“The experience that you have on the bench with Janine and Noko not playing‚ but applauding every goal and cheering the loudest when we break the records‚ that augurs well.

“You can change the team around and everybody is happy for everybody else. We did say we would use this tournament to play everyone and we will do that.”

Malawi look the most likely to rival Banyana for top spot in the pool and a semifinal place after they beat a stubborn Madagascar on Wednesday 2-0‚ though they created many more chances and should have won by a greater margin.

“One game at a time. We know that Malawi also won today‚ so it will not be easy‚ but if we maintain the level we can get the result we want‚” Ellis says.

“You want to win the first two games as it takes the pressure off the players to know you are practically through. Anything can happen in the last game.

“In 2017 we played Botswana and they scored in almost the last minute‚ meaning we needed to find an equaliser or we would be out. We want to keep it in our own hands.”

Banyana are seeking a hat-trick of Cosafa titles after lifting the trophy in 2017 and 2018‚ and have also won five of the six tournaments held since 2002.