Brilliant Khuzwayo hangs up his boots 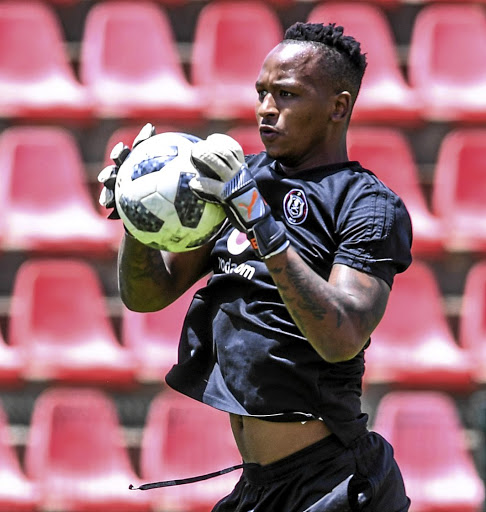 Orlando Pirates goalkeeper Brilliant Khuzwayo has been forced into early retirement because of an ankle injury.

The announcement was made by the club yesterday that Khuzwayo, 29, will not be able to continue playing.

"It was a great feeling to come back to the club [since he had been in Pirates' development structures], unfortunately due to my ankle, I was unable to fulfil my dream. I am a person who always wants to perform knowing I can give my all in everything I do.

"However due to my ankle and after consultation with the specialists, it was decided that I wouldn't be able to play at an elite level again," he said.

Bucs raised eyebrows when they removed him from their "beer cup" squad that beat Chiefs 2-0 at the weekend. He was also not allocated a jersey number for the season starting on Saturday.

"I would like to thank all the supporters who have been behind me from the day I joined this club. They were the main reason behind my motivation and drive to get better.

"They'll always hold a special place in my heart. To management, especially chairman [Irvin Khoza], thank you for all you have done for me," added the Umlazi-born, Durban, goalkeeper.

Last year, Chiefs midfielder Wiseman Meyiwa was also forced into retirement after being confined to a wheelchair as a result of a car crash.

PSL footballers are insured, and if forced into retirement due to injuries, the disability cover can pay up to R4m. But since the clubs pay the premiums, they are entitled to half the payout.