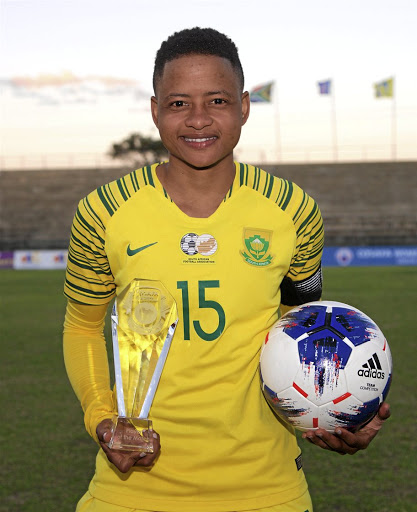 Banyana Banyana annihilated the island nation of Comoros by a record 17-0 in their Cosafa Women's Championship fixture at Wolfson Stadium in Port Elizabeth yesterday.

To say that the match was one-way traffic would be a massive understatement as South Africa rattled up their biggest-ever victory in international football.

While Banyana can look back on a dominant performance that broke Zimbabwe's tournament record of 15 goals in a match, the debutant Comoros will have left the KwaZakhele Stadium a destitute lot. They simply had no answer against a far more experienced Banyana side.

The teams faced off five years ago and on that occasion, South Africa won 13-0. However, this time around Banyana comfortably added four more goals.

The defending champions next face Malawi tomorrow at the same venue.

Banyana were expected to be the stronger of the teams but before the game coach Desiree Ellis said she would not underestimate any opponent.

She need not have worried.

It was a one-sided show as Banyana gave Les Coelacantes no chance to play.