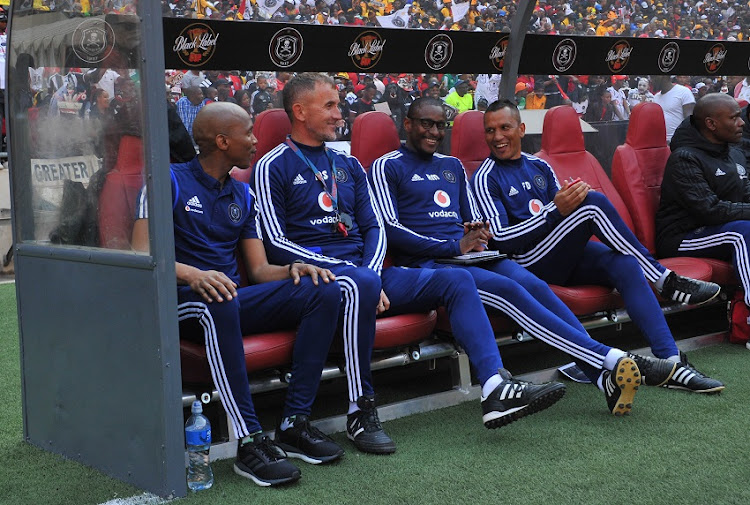 Orlando Pirates coach Milutin Sredojevic has said that Serbian compatriot Samir Nurkovic has a strong grounding as a player‚ which can help the striker make an impact at Bucs’ Soweto rivals Kaizer Chiefs.

The 27-year-old Nurkovic has been signed by Chiefs having been prolific in the past two seasons in Slovakia’s second division – but is a complete unknown quantity in the Premier Soccer League.

Amakhosi supporters got a glimpse of the Serbian striker’s bulky physique and seemingly quiet mobile style of play when he came on as a second-half substitute in Saturday’s preseason Carling Black Label Cup against Pirates at FNB Stadium.

Sredojevic was at pains to point out that he does not know Nurkovic personally‚ nor has seen him play.

But Pirates’ coach said that the forward’s youth education at the famed academy of Partizan Belgrade is a promising indication that Nurkovic is a refined footballer.

“First of all you need to know that I have not had a chance to meet him personally‚ and I need to tell you also that I have spent the last 19 years out of the country‚” Sredojevic said‚ asked what he knows about countryman Nurkovic.

“But I know that Partizan Belgrade is‚ after Ajax Amsterdam‚ the most successful youth programme on this planet‚ in terms of players participating in the top five leagues in Europe.

“However‚ his life did not lead him‚ like his colleagues from his generation‚ to the top leagues of Europe – he went to Slovakia.

“And I could say‚ in advice to my colleagues‚ that he comes from a very good background.

“He has been taught unpredictability‚ imagination and decision-making even before the ball comes.”

Nurkovic has played all of his senior career in Slovakia.

He joined VSS Košice’s youth programme from Partizan in 2010‚ and turned out for them in Slovakia’s Super Liga with eight games and a single goal in 2011-12.

He battled for game time in loans at other Super Liga teams until dropping a tier from 2015.

Nurkovic scored four league goals in 10 games for Pohronie in the first half of the 2017-18 season‚ before joining KFC Komárno‚ where he has enjoyed his most prolific spell in front of goal.