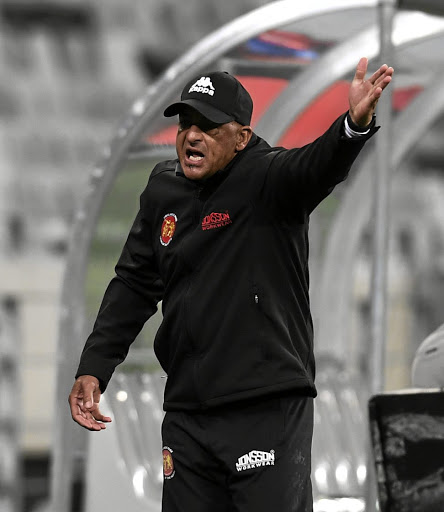 Highlands Park coach Owen da Gama has anticipated that they might find the going rather difficult this season.

The Lions of the North punched above their weight in the past season, finishing seventh on the log. As a team who had just been promoted from the second tier, it's fair to say they did fairly well.

However, according to Da Gama, it'll be a hurdle to replicate this feat or even surpass it in the impending campaign.

The chatty mentor feels their league rivals have now studied his side after their solid campaign as newbies last season.

"It was our first season in the PSL; we were an unknown quantity. A lot of teams did not. you know, there was not much about us playing in the PSL, teams couldn't really research about us as much as they would like to,'' he said.

"But this time around [in the new season], I think it's going to be much tougher for us.''

Emphasising his notion that their previous season's success might come back and bite them in the new term, Da Gama used Maritzburg United and Free State Stars as his case studies of what might happen to them.

"Just look back last season; where did Maritzburg end up the season before? Fourth on the log. then they went to the playoffs,'' Da Gama said.

"Where did Free State Stars end up? Sixth on the league, then they got relegated. So, to be realistic it's going to be much tougher for us.''

As much as he's a bit sceptical about the new season, Da Gama still thinks there were a number of lessons from the past campaign that can help.

The coach admitted he'd unleash his new signings in their league opener against Kaizer Chiefs at Makhulong Stadium on Sunday (3pm). "We will use some of the new guys, especially [Rodney] Ramagalela. We both speak Venda, so I will tell him to have a go at them.''