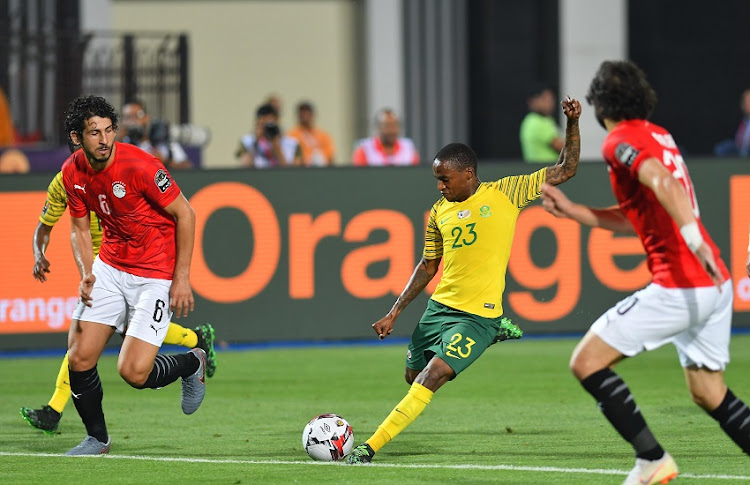 Bafana were lauded after a lone strike from Thembinkosi Lorch handed Bafana the unexpected victory in the Last 16 stage of the continental event but Khan said the victory only served to paper over the ever-widening cracks in the national team.

“We didn’t really do well in Egypt‚ irrespective of what anybody tells you‚” said a forthright Khan.

“To some extent‚ Egypt gave us a lifeline.

"I think sometimes that win was not a blessing‚ but it was a curse.

“If we hadn’t won that game we would have really gone on an all out to refresh our approach.

“It often happens to us.

"This win against Egypt is giving us the (false) satisfaction to say‚ we’ve beaten the hosts but we are not looking at bigger picture.

“Like in the past when Gordon Igesund beat Spain (in a home friendly)‚ we felt like wow!

“There’s nothing new. I said before‚ we look to be a country that is just happy to qualify.

"When we get to the tournament proper‚ we don’t seem to be country that wants to win it.

Ahead of that game against Egypt‚ Bafana had been criticized for their failure to take their game to their opponents‚ resulting in two 1-0 defeats against Ivory Coast and Morocco in Group D matches.

An unconvincing 1-0 win against minnows Namibia helped secure a place in the Last 16 as one of the four best third-placed teams in the group stages.

Khan said a solution to Bafana’s problem could be found in a long-term plan that would involve blooding in youngsters and building a strong team for a period of time.

“If you look back at the time when Serame (Letsoaka) was coaching the Under 20s‚ he did fairly well and I think he was unfortunate to lose 1-0 to Ghana‚” said Khan.

“Andile Jali was there‚ Sibusiso Khumalo was there‚ Kermit Erasmus‚ Thulani Serero‚ and I think they had a very good team.

"But because of the lack of continuity‚ we didn’t really keep that team together.

“I’m not saying we should have taken the entire under 20 team‚ but at a lot of outstanding players had to be brought into the mainstream.

“If we are serious about what we are doing we should maybe consider throwing caution to the wind and bringing in these youngsters irrespective of what the results will be.

“I’m saying that on the basis that even if it means that we don’t do well in the near future‚ but we have a plan.

“We must bring in these youngsters and say over the next period of time we’re going to utilise them to build for the future.”