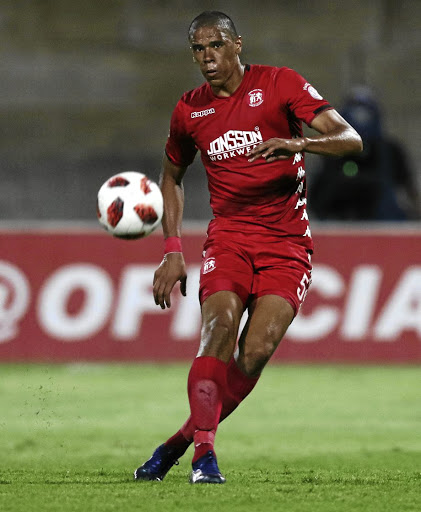 Having won two league titles under the late Ted Dumitru at the club between 2003 and 2006, you could sense that veteran defender Bevan Fransman still has a soft spot for Kaizer Chiefs.

"Teams were scared to play us. Sometimes I played left-back, I could manage because nobody attacked us ever," Fransman reflected on his colourful Chiefs career, speaking on the sidelines of the launch of the new season at Absa Auckland Park offices yesterday.

"They were too scared to attack us because they knew what our players could do at the opposite end.

"It was the time that I enjoyed and I learnt a lot from that time."

However, Fransman, 35, will have to put his good Chiefs memories aside when his current team, Highlands Park, host Amakhosi at Makhulong Stadium in a league opener on Sunday (3pm).

The well-travelled centre-back, who also plied his trade in Israel with Maccabi Netanya and Hapoel Tel Aviv, thinks the Lions of the North have the upper hand.

"Ball playing teams don't get that much joy at Makhulong, so they have to change their tactics which works in our favour."

The former Maritzburg United skipper feels Chiefs'
2-0 loss at the hands of rivals Orlando Pirates in the Carling Black Label Cup at the weekend counts for nothing ahead of Sunday.

"We are not doing to read too much into their Carling Black Label Cup result... it's a total different ball game. It's not exactly what coach Ernst wanted out of the game because a lot of things are controlled from the public."